The internet is great, it’s opened up so many new ways that you can generate an income from the comfort of your own home. In one of my previous posts I’ve outlined over 72 ways that you can earn money online, and one of those ways is linking to websites.

Yep that’s right, you can literally make money just by linking to websites.

How does it work? 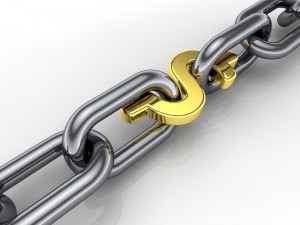 As an example let’s say you come across an interesting video on YouTube and you decide you want to share it with somebody.

To do that you’d typically hit the share button, copy the link & send it to the person you want to share the video with.

When that person clicks the link you’ve sent them they’ll be taken straight to the video – easy peasy, but you didn’t earn a penny.

However there are various websites which allow you actually make money from this exact process.

Literally all you have to do is share links, get people to click them & you’ll make money.

Admittedly you’d need to get quite a lot of clicks in order to make some ‘decent’ money, but it’s certainly an easy method to make a bit of extra cash.

Free Training: Learn about the simple 4-step method that enabled me to leave my job as an electrician & pursue a career working online as my own boss instead

So where does the money come from?

Basically rather than sharing the direct link to the video (or whatever it is you want to share), you’ll paste it into the link shortening service & they’ll give you a new link to share instead.

Now when somebody clicks the link they’ll be shown a quick advert before they’re actually taken to the intended destination, such as the video or whatever it is you want to share. The link shortening service gets paid every time somebody views the adverts & then they pay a percentage of this to you.

The more clicks you get on your links the more money you’ll make.

If you’re active on social media sites such as Facebook or Twitter then it can be really easy to get started making money with this method. Instead of posting the direct links like you usually would you just simply need to shorten them first.

How much does it pay?

To be honest you’re probably not going to see life changing sums of money from this method but you can certainly use it to bring in a little bit of additional income each month and it all adds up.

The payout rates vary from site to site but generally you can expect to earn around $1 to $8 per 1,000 unique visitors to your links. (unique visitors means 1,000 different people).

The country your visitors are coming from can also make a difference to how much you’ll earn. Generally the highest paying country is the United States, closely followed by Canada, the UK & Australia. Visits from countries such as India & Africa usually pay quite a bit lower (around $0.20 to $1.00 per 1000 unique visits).

There’s a whole load of different websites that pay you for clicks on your link so I’ve decided to compile a list of the most popular ones below.

There are other sites out there that pay, but I personally don’t think you need to look past those 3. They’ve been around the longest, have the highest payouts & are the most popular sites with the best reputations. The last thing you’d want is to sign up with a different site and earn a whole load of money only to find out that they wont pay.

What’s the best ways to promote your links?

The easiest way is to probably just share your links on social media. Whilst you might get an amazing amount of clicks, over time they will certainly add up – especially if you post daily. You could also post on forums too, providing it’s allowed that it is – you might need to check the rules.

If you want to take your earnings that 1 step further though you could look at setting up a blog or creating YouTube videos. The more people that see your links the more people you’ll get clicking through. Here’s a great way you can get traffic (visitors) without a website.

4 thoughts on “How To Make Money Linking To Websites”