If you’ve spent even just a couple of hours on Instagram then no doubt you’ll have probably come across this money flipping scam, in fact, that might be the reason you’re here reading this page right now. 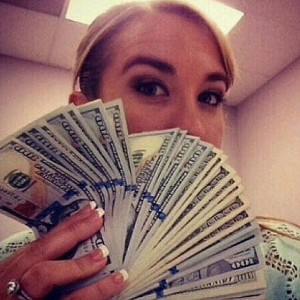 I just want to put it out there right from the off that this whole money flipping thing is definitely a scam, it doesn’t work so don’t be giving any of your hard-earned money to these people because if you do you’re just going to lose it.

Admittedly it looks pretty convincing & I was first introduced to it by a guy who’d left a comment on my photo.

He asked me if I was interested in flipping money and I was kinda curious as to what he was on about so I went ahead and checked out his profile.

His profile had a tonne of pictures like this:

Of course, normally if somebody approached you and told you this it would probably just sound completely outrageous, but because it’s backed up with all these other photos it gets people curious.

They start thinking to themselves “hmm… maybe this could actually work?”…

The truth is it can’t, and it doesn’t, but he’s actually got other people to leave fake comments on his photos saying how grateful they are for his help.

Unfortunately, this has been drawing a lot of people in, especially those with little online experience. I even have to admit myself, it does look pretty convincing.

So What Is The Money Flipping Scam All About?

Firstly, the photos on these profiles are fake. They’re simply copied from other peoples profiles, and I’ve even been unfortunate enough to fall victim of having my own personal profile duplicated and used by somebody running one of these scams.

Needless to say, I contacted Instagram instantly to have it taken down (which thankfully they honoured pretty quickly).

In the bio’s of these “money flippers” profiles you’ll find that they leave their phone number and ask you to call or text them to flip your own money.

Now what happens is as soon as you call or text them they’ll give you some BS story of how their cousin works in a bank or somewhere & can edit the money in your account and add an extra 0 to the amount.

Obviously nobody is going to give out their bank details so what they tell you to do is to head out & buy a Green Dot Moneypak card (a pre-paid card) and top it up with the amount of money you want to flip. 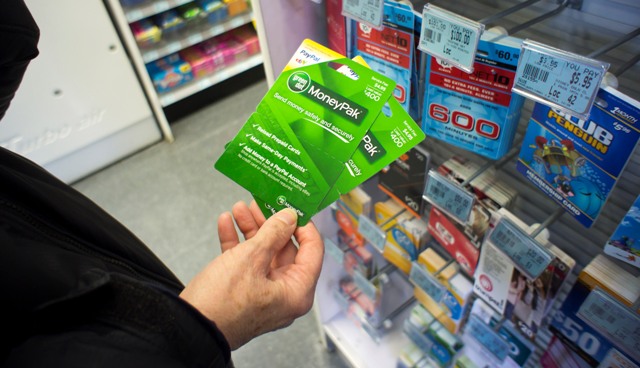 After topping up the card they’ll then ask you to provide the numbers of the card so that they can access it add the zero for you. They’ll tell you that in order for them to add a zero they’ll want to take a cut of the profits – they say this to make it sound more legit, but the truth is as soon as you give them the card details they’ll just block you & run… with your money.

No money is getting flipped, and whatever money you deposited onto the card will most likely never be seen again.

So if you’ve come across a “money flipping opportunity” like this one then whatever you do don’t try it out – it’s nothing but a scam & somebody is just trying to rob you of your hard-earned money.

There are plenty of ways to make money online but there are none that will get you rich overnight without having to do any work.

Whilst the money flipping thing is definitely a scam there are still some genuine ways that you can make a legitimate income from Instagram – one of the most popular methods is affiliate marketing & there’s lots of Instagram users all over the world making big money with this at the minute.

It’s actually the same method I personally use & it enabled me to build up an income large enough to leave my job as an electrician (which you can read more about here).

Believe it or not, some users are actually making in excess of $100k/month with this method alone – it’s pretty crazy & the income potential is unlimited.

Basically, through affiliate marketing you can get paid by connecting people with 3rd party products online without ever having to even touch the product or handle any sort of customer service.

You recommend something, they buy it – you get paid… It’s as simple as that.

That’s why you’ll often see people on Instagram promoting products for companies – it’s because they’re getting paid commissions for any sales that get generated as a result of their post.

And the commissions per sale can often be well over $100+ a pop.

It’s a very good way to make money & the potential really is unlimited because on top of Instagram you can promote the products on other platforms too like Facebook, Twitter & even Google – you can learn how to do it with this free step-by-step training here.

Scammed By A “Money Flipper”?

Unfortunately, if you’re scammed by one of these money flippers then there’s not really a great deal you can do. You can report it to Instagram/the authorities but the chances of you ever seeing your money again are very small.

The accounts & phone numbers these scammers use are churn and burn so they quickly disappear without a trace, along with your money. Unfortunately, you’ve probably just paid for a pretty hard lesson.

My advice though would be to warn your friends so that they don’t fall for it too. Share this post with them to let them know about the scam & more importantly to make sure that they don’t end up giving these scammers even more money.

I really hope this post prevented you from parting with your cash. If somebody has contacted you about a money flipping money opportunity then don’t give them the time of day, just block them because it’s not legit.