In this review, I’m going to be taking a close look at the NeoLife business opportunity to find out what it’s all about, if it’s really worthwhile & whether or not there’s any truth behind the NeoLife pyramid scheme rumours. 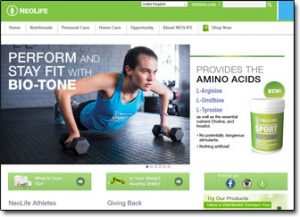 So if you’ve been thinking about joining NeoLife as a distributor you can rest assured that you’ve landed in exactly the right place to find out everything you need to know about the company before you sign yourself up.

And it’s worth me pointing out that I’m not affiliated with the company in any way shape or form which means you’ll actually be getting an honest review of NeoLife from somebody who has no interest in getting you to join.

NeoLife is a global network marketing company that specializes in health & nutrition products. They claim that they can help people take control of their wellness, not just physically but also financially (their words, not mine).

Launched way back in 1958 by a guy named Jerry Brassfield the company is actually one of the longest-running MLM’s around to this day, but don’t fall into the trap of thinking that must mean it’s all legitimate & completely above board because I’ve seen a lot of seemingly long-running MLM’s that were actually only clinging on by a thread behind the scenes.

One potential reason for NeoLife’s sustainability over the years is the fact that compared to other MLM’s competing in the same space NeoLife has apparently had a substantially lower average turnover of around $150-200 million per year. It’s clearly still a fairly high turnover in real money terms but it means that NeoLife has kept a fairly low profile alongside its rivals – some of which are turning over billions of dollars each year.

NeoLife is also actually part of the GNLD family of brands which is something you may have heard of as they also own companies called Nutriance & Golden, 2 other pretty large companies in the same space.

Anyway being a network marketing company NeoLife run a business opportunity through you which you can sign up as a distributor & earn money by reselling their products. In typical network marketing fashion, you can then also earn additional income by recruiting other distributors into the business & earning a percentage from their efforts too (this is kinda where the NeoLife pyramid scheme rumours have arisen from – more on that in a moment).

What Are The Products? 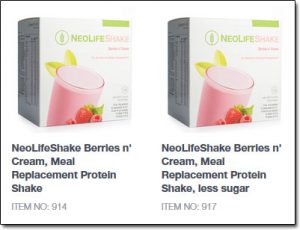 Since this review is more geared towards the business opportunity itself I’m not going to go into any sort of major detail about the products as the information can be found on the NeoLife website anyway, but obviously, the products are an important factor in determining your success through the business opportunity so I will touch on them briefly.

Basically, the primary product line of NeoLife consists of nutritional products for general well-being with their 3 core products being the NeoLifeShake, Pro Vitality+ and the Tre Nutritional Essence. Aside from those though they do offer some wider-range products such as things for hair-care, body-care & even biodegradable laundry products that are said to be more gentle on the skin.

Now overall the NeoLife products do seem to have fairly good reviews from consumers across a number of different websites, though there is quite a few people who claim that the NeoLife products have shockingly high levels of sugar especially considering they’re items that are supposed to be good for your health. I’m no doctor so I can’t make comment on that but there is definitely a lot of people that seem to be concerned about it.

The disappointing thing though is that the website doesn’t list any prices for the products, instead, it forces you to contact a distributor to find out more information. This is something I don’t like to see because I personally feel like this is the company pushing the opportunity more than retail sales of the product. I mean if you created a great product & built a business around it why would you want to restrict it to being sold through distributors? Surely you’d want the world to benefit from it.

Let’s Take a Look At The Business Opportunity…

First things first, if you want to be able to make money through the NeoLife business opportunity then you’ll have to purchase one of their business kits to start promoting which range in price from $49 all the way up to $1,616 as shown below: 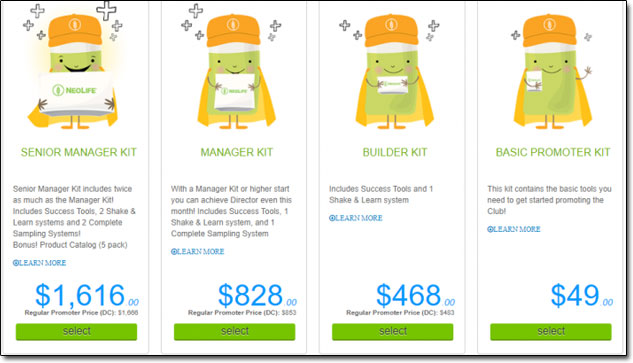 Despite this I always recommend you start small if you want to start at all because the last thing you want is to spend all that money only to find you struggle to make anything with the opportunity & end up stuck with a load of product that you can’t shift (and an empty wallet).

Then once you’ve got your kit – whichever kit you get – you’ll be ready to start earning with the company (or trying to earn should I say). As mentioned earlier in typical network marketing fashion you’re given the opportunity to earn commissions from your personal sales & also from the sales of the people you recruit (and the people they recruit and so on…), therefore the real goal is to build a highly active downline as opposed to selling products personally because as with all network marketing companies the real money is made though leveraging other people.

So basically whilst you can make some money by promoting the NeoLife products yourself to make “the good money” with NeoLife you’ll be expected to be heavily recruiting people into the business & then training them up on how to make sales so that you can leverage their efforts rather than your own.

This is one of the reasons why NeoLife has been slammed as being a pyramid scheme because whilst it does have genuine products (which technically makes it NOT a pyramid scheme) lot’s of the distributors simply sell the idea of making money & when you do that that’s when things get a little bit borderline. It’s not just NeoLife though, this happens with most network marketing companies & personally that’s why I avoid them.

The main takeaway from the compensation plan that you need to know is that it all works on a ranking system, and to move up the ranks to unlock higher commission rates & bonuses you need to recruit – so we’re back to that recruiting thing again. It seems to be a heavy push with NeoLife.

Is NeoLife a Scam?

Well NeoLife isn’t a scam (and technically nor is it a pyramid scheme) but I do feel that as an average distributor relying on personal sales you would struggle to make money with this particular opportunity.

It’s clear to me that to make good money with NeoLife you would have to put in an awful lot of work & build a huge downline which would involve a lot of recruiting, aka talking to people & getting them to buy into the opportunity just like you. This is typical of a network marketing company & that’s why I personally don’t like getting involved with them.

If NeoLife sounds like something that’s up your street then by all means give it a try but just be aware that overall very few people actually manage to find success in network marketing companies – it’s scary how many don’t even make their initial investment back so just make sure you’ve got the room to store a whole bunch of product if you can’t manage to shift it… OR take the smart decision & try something like this instead which in my opinion is MUCH better way to make money.

4 thoughts on “NeoLife Review – Is It a Pyramid Scheme?”