The Automated Income Sites system promises to provide you with a “done-for-you” money-making website that will allegedly begin generating you thousands of dollars per day all on complete autopilot right from the off. 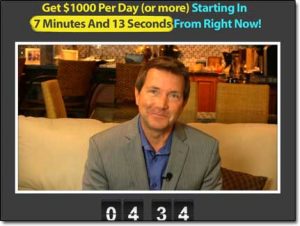 You’re led to believe that you need to do is sign up, follow some simple instructions & that within just a mere 7 minutes you’ll have your own passive stream of online income…

But is it really that easy, or will Automated Income Sites scam you & just leave you with less cash than you started with instead?

Well, things sure aren’t quite as they seem but thankfully you’ve landed in the right place because in this review I’m going to be uncovering everything you need to know, including how it really works & whether or not you can actually make any money with it at all.

What Is Automated Income Sites?

The Automated Income Sites system claims to leverage automation & through it you’re led to believe that you’ll be provided with a pre-built money-making website which will begin making you money within just 7 minutes of it being “activated”.

To activate the site & begin making money you’re told that all you need to do is purchase some web hosting which happens to cost somewhere around $97, which to most people is likely considered as a fairly substantial sum of cash…

But in the grand scheme of things if you’re going to be making thousands of dollars per day as the system promises then I think you’ll agree a $97 fee is nothing & I’m sure you would likely jump at such an opportunity without hesitation (who wouldn’t!)…

The question is though, will you really start making money like they claim?… Or is it just another big fat scam?…

Well, unfortunately, I can tell you right from the off that it’s the latter of the 2. The Automated Income Sites system is indeed just a scam that’s been put together to part you with your hard-earned cash & I can say that so confidently because I’ve seen this exact same scam launched under several different names before, such as 5 Minute Profit Sites & Cash Money Sites.

How Does Automated Income Sites Work?

Well, the first thing I’d like to stress is that it sure as heck doesn’t work as promised. Despite all of the claims made on the hyped-up sales page & all of the bold promises that are made, you’ll stand next to no chance of making money through this particular system.

The reason I say that is because, in reality, the whole thing is just a trick that’s been designed to get you to purchase some web hosting so that the creator of the whole thing can earn a commission at your expense.

Here’s a Breakdown of How It Really Looks…

So I know what you’re probably wondering – why won’t the website make you any money? And how can I be so confident in telling you that it won’t?

The idea is that the site will be set up on your web hosting account, and that you’ll be able to earn a commission for anybody that signs up to the Automated Income Sites after clicking through the “done-for-you” site.

This is all fair & well, but the problem is that you need people to actually view the website & trust it… And guess what? Viewers (AKA traffic) won’t be provided to you, instead, you’ll be left to try & get people to visit the site yourself… And unless you’re already an internet marketing expert you’re likely going to struggle.

Then, even if you do manage to get people to the site how are you going to get them to trust it? Why would a random person who clicked on your site hand over $97 to sign up to the Automated Income Sites system? Most people won’t sign up to such a scammy looking program – so it will take thousands of visitors before you even make a single commission.

Long story short – nothing with the Automated Income Sites system is actually automated. Yes you do indeed get a “done-for-you” website, but it’s basically just a single page that looks like it’s been thrown together in a hurry & there’s absolutely no chance of it making you money on autopilot like you’re promised.

The truth is though that you can actually make good money with the underlying method itself (known as affiliate marketing). It’s actually the same way I personally make my own money online… To do so though you need a good, legitimate training program like Commission Academy – it’s at a place like that where you’ll learn the proper way to find true success online.

So anyway, that brings me onto…

Is Automated Income Sites a Scam?

In my opinion yes, Automate Income Sites is a scam. The reason I say that is because I’m 100% confident that it won’t deliver on its promises & that in reality it’s been set up purely to make its creator wealthy at your expense. He or she (whoever is really behind it) doesn’t actually care about your success at all.

So overall I am not going to be recommending the Automated Income Sites program to you & hopefully you can see why I’ve arrived at that conclusion. Basically I just don’t feel like it will provide you with any value at all & instead of making money you’ll just end up losing money instead.

I am just hoping that my review here helped you avoid it, and hopefully, it gave you all of the insight into the program that you were looking for. If you do still happen to have any further questions about it though then don’t hesitate at all to ask them below, or leave any comments you might have too.