For the last couple of weeks, I’ve been getting scores of emails and comments requesting me to put together an Avisae review. Sorry, if I took too long to respond but I never publish a review without going through each and every detail so I hope you understand. Anyway, the good news is that here it finally is… 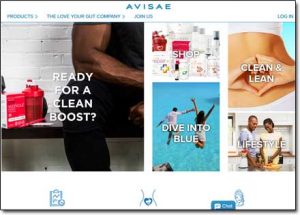 The company operates within the health and fitness industry & in this review, I will walk you through various important aspects of Avisae in an attempt to conclude once & for all whether Avisae is a pyramid scheme style scam or a legit way to make extra money on the side.

I will also present some important aspects regarding Avisae promotions, bonuses, alongside the potential of it possibly being a pyramid scheme.

Avisae, an MLM initiative, is a famous company dealing in fitness and skincare products. The website offers a popular network marketing style program which is actually an attractive program claiming to let the members earn a handsome amount through successful referrals.

The success secret is that Avisae is much more than a conventional referral program… You earn money by bringing in members but in addition to this, you’ll also earn a certain percentage from those successful referrals that are completed by the members you brought to the platform.

So essentially it is like a “referral chain reaction” (or at least that’s the idea anyway) and it could potentially prove to be a lucrative opportunity for handsome passive income.. But as you’ll see the likelihood is that in reality it won’t & instead it’ll probably just end up seeing you spending money rather than actually making it.

For regular website visitors, there is no need for any membership plan. You can simply browse through the products, purchase anything you like and that’s it! The homepage reads THE LOVE YOUR GUT COMPANY which is actually the popular MLM slogan. If you are one like thousands of others who’re looking to benefit from the Avisae money-making scheme then you’ll first require the Avisae Blue Membership. The membership awards you the authorized access to the starter kit. The prices vary though, beginning from $49 and reaching up to a whopping maximum of $899.

The starter kits have been compiled smartly so that the lowest price helps the least and the high prices help the member accordingly. If you purchase the starter kit for $49 then you can’t expect an impressive gain because this kit just lets you get started. The expensive kits feature a range of products through which you can speed things up with better results.

If you scroll down the homepage you’ll see seven different icons under Avisae Rewards which include:

Now let’s have a look at some important ways to earn the above-mentioned rewards.

Your team will include yourself and the members which you bring in. You can compare it with your family tree (and it looks something similar to the image I added further up this post). The Team Business Commissions is the major plan on which the potential pyramid scheme is based. The earning depends on the volume or the size of the team. If your team has more members it means that your commission percentage will be higher. You’ll have to encourage and convince others so that they also purchase the Blue Membership.

This is the bonus which is credited to your account as a commission you manage to earn as you successfully manage to bring in / recruit a new Avisase Blue Member… But here comes the regretful aspect – the Launch Bonus is not awarded against inexpensive starter kits. To grab this opportunity you’ll have to pay at least $299 for the starter kit. Kits priced at lower than $299 are not eligible for Launch Bonus.

This type of bonus doesn’t feature any complexities whatsoever. You simply earn commission against each successful sale of an Avisae product. The amount of commission is 10% and it’s calculated against your personal sales volume.

When you become a Blue Member, you actually gain access to a dedicated Avisae website which you can use to sell Avisae products. You can also “shout-out” your referral code which the buyers can use while making a purchase.

Is Avisae a Pyramid Scheme?

Avisae is NOT a pyramid scheme because it also focuses on the sales of its products directly to the end-user. You can visit the website and purchase whatever you want. They don’t force you to go somewhere else or bring in a referral code. Being a manufacturer of health products, an MLM based sales structure alone doesn’t necessarily mean it’s a pyramid scheme – though admittedly these type of structures do often come close so it’s easy to see why there’s so much suspicion.

Before you make a decision you need to consider the fact that for each new member it becomes tough to earn as much as the veteran members. When you purchase Blue Membership, you become a member of your recruiter’s team. The recruiter will get the most.

Being at bottom, you’ll get the least until you manage to recruit additional members to promote your chances of climbing the ladder. For each new member, earning from Avisae is a challenge and it takes a lot of time and effort to get a handsome share.

Now we are in a better position to answer the infamous question, “Is Avisae a Scam?”… Well, I have never heard of any Avisae Blue Members complaining about dodgy practices & in my opinion it’s not a scam, but I do have to stress that MLM is not something I’m personally very fond of.

The reason I say that is because the failure rate for members joining MLM companies is extremely high & often more people end up just spending more money than they ever actually to make.

So overall I won’t be recommending Avisae, not because I believe it to be a scam or pyramid scheme but simply because I feel there are better opportunities out there, such as affiliate marketing like I mentioned above (which you can learn more about at Commission Academy).

Anyway, that’s my personal take on the whole thing & hopefully, this review gave you the insight you were looking for into the Avisae company but of course if you do still happen to have any further questions or comments feel free to leave them below & I’ll get back to you as soon as I can.