The Fibo Quantum system has allegedly been put together by a professional trader named Karl Dittmann & through it, you’re led to believe that you’ll be able to generate consistent profits from the Forex market even as a complete newbie. 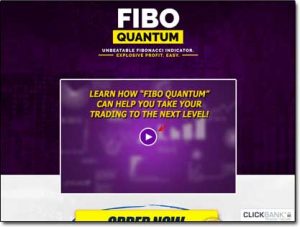 Karl claims that the system is built on scientific laws such as the Fibonacci method & that it uses the same “trading secrets” that the big banks use to multiply their profit in the markets.

But is it all actually legit, or is Fibo Quantum a scam that’ll just end up costing you money rather than actually helping you make it?

If that’s what you’re trying to find out then it’s a good job you landed here before signing up because I’ve taken a closer look into it & in this review, I’ll be uncovering the real truth about this software.

What Is Fibo Quantum?

The Fibo Quantum trading system is something that’s primarily geared towards amateur traders and according to its website it’s been designed to help those amateur traders to put their amateur ideas aside & begin thinking like “real” traders instead.

Karl, the guy that you’re told has founded the whole thing claims (and I quote) that it’s “such a simple and smart set-and-forget tool”. This basically leads you to believe that you can just set it up & that it will trade on your behalf entirely on autopilot…

However, that’s not quite the case.

In reality, the Fibo Quantum system is actually just a piece of indicator software, so the idea is that it does most of the work for you & then you just need to take action on the signals that it provides.

Providing you do exactly as it says though you should make a profit… In theory.

Sadly though in reality, again that’s not quite the case either.

Instead of making consistent profits like the sales page for this program claims you will, the likelihood is that if you happen to try it out (which I don’t recommend) you will instead just make nothing but losses.

The reason for that is because the whole thing is just a phoney & as opposed to having been designed to help you find success like it claims, the truth is that it’s actually just been designed to make its creator wealthy at your expense.

And why would he (or she) want to do that? Oh yeah, because they know it’s all a big fat con!

But obviously I don’t just expect you to take my word for it when I tell you all that – after all, I appreciate that you might have been really excited hoping that the Fibo Quantum software was going to work for you. Therefore instead I’ll show you exactly how it all really works & that way you’ll be able to see first hand for yourself what’s really going on.

How Does Fibo Quantum Work?

Well, basically the whole thing is just a classic case of “overhyping & under-delivering”. The sales page they’ve put together (whoever is really behind the system) makes out as if you’re going to get access to a really great money-maker, and all you need to do is hand over a mere $147. 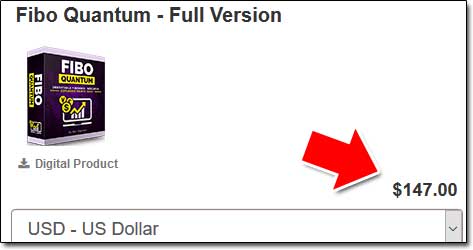 But once you do hand over that $147 (which again, I don’t recommend) you’ll be left to find yourself very disappointed with what you actually do receive.

I mean don’t get me wrong, you do indeed get access to the Fibo Quantum software as promised & it does indeed also provide you with various different Forex indicators… But sadly the indicators ain’t as profitable as they’re made out to be.

In fact, overall the majority of the indications will lose you money – so you’ll be much more likely to land yourself in the negative than you will be to put yourself into profit… But the creator doesn’t care.

The creator has got your $147 and that’s all that matters.

You’re just left to find out the hard way that it doesn’t work as promised. Like I say it’s a classic trick & earlier today I came across another trading system, the Crypto Coin Sniper which worked in the exact same way.

The slightly good news though is that if you’ve already bought into the system you should be able to get your money back as the software is actually sold via a 3rd party merchant named ClickBank.

So whilst the creators of Fibo Quantum might ignore or point blank refuse your refund request, if you contact ClickBank directly you should stand a fair chance at getting your money back as they’re usually pretty good when it comes to refunds.

Is Fibo Quantum a Scam?

Well, I think to call it a flat out scam would be a bit of a harsh verdict. At the end of the day, you’re promised access to a piece of software that provides you with indicators & that’s what you do get… It’s just that the indicators are nowhere near as good as they’re claimed to be.

So whilst it might not technically be a scam, I still won’t be recommending it because if you sign up to the Fibo Quantum software then you’ll be much more likely to lose money than you would be to actually make it.

And I’ll point out here that, to be honest, these automated trading systems are best off avoided altogether. The reason I say that is because I’ve reviewed literally hundreds of them here on this blog & despite all of their bold promises I haven’t seen a single one that has managed to generate consistent profits.

It seems that nearly of them, like the Fibo Quantum system, are just set out to make the creators rich at the expense of others by making false promises.

But the truth is that you can actually make good money online – it’s just that in order to do so you’ve got to be prepared to put in some work. There is nothing out there that is going to make you lot’s of money with little to no work I can tell you that for certain.

However, if you are prepared to put in the work that’s required to build a good income online then there are plenty of legitimate step-by-step programs that will show you what you need to do – and Commission Academy is one of the best ones I’ve come across.

If you join up there you’ll get everything you need to make good money (the right way) and providing you take action you’ll find success for sure.

Anyway… That’s all I’ve got to say about this Fibo Quantum system because honestly there isn’t really a great deal to it – it’s a bogus system & that’s that. Hopefully, though this review helped you save some cash!

If you still happen to have any further questions or comments then, by all means, feel free to leave them below & I’ll do my best to get back to you as soon as I can.