Profitable Morrows claims to be a legitimate wealth management company through which you can invest money & supposedly see an incredibly high rate of interest in return without any risk. 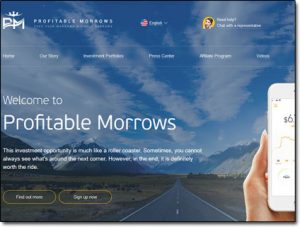 But typically those 2 things don’t go together – high return generally always means higher risk, so what’s the deal here with this company?

Is it actually legit or is Profitable Morrows a scam that’ll ultimately disappear with your cash?

Thankfully you’ve landed in exactly the right place to find out because I’ve taken a closer look into it all & in this review, I’m going to be uncovering everything there is that you need to know, including why I believe it to be simply nothing more than a Ponzi scheme.

What Is Profitable Morrows?

According to their website, Profitable Morrows is a wealth management & investment company registered in Australia. They claim that you can invest money with them & that they’ll generate you large returns through so-called strategic high yield assets.

They claim that the primary source of income generated by the company is through Australian tourism investments. Aaron Cooper the alleged CEO states that the tourism industry in Australia is growing & that they’re ready to capitalize on it, whilst also helping you to profit along the way.

And I’ll admit that it all starts to sound a bit believable… Even the website looks pretty professional & it would certainly be easy to get drawn into the Profitable Morrows program, especially if something like this is new to you…

But alarm bells started ringing when I carried out a reverse Google image search on Aaron Cooper’s photo (the alleged CEO).

I found that the photo had actually been taken from a stock photo website, meaning Aaron Cooper (or at least the man pictured) is a FAKE and that sure starts ringing alarm bells. I mean if the company was legit, then why would Aaron (which likely isn’t even his true name) be worried about hiding his real identity?

Most probably because it looks an awful lot like a common churn & burn investment scheme, so the true creator will keep his real identity hidden so that after it collapses he can simply proceed to launch another to continue the scam one without any trace.

And that wasn’t the only immediate red-flag I spotted. I did the obvious thing & searched up the companies address to see if it was actually based in Australia like it claimed it was, but surprise surprise nope it wasn’t…

However this address is actually just the address of a company that rents out virtual offices – so basically Profitable Morrows could be based anywhere in the world, this address is essentially just a cover for their real one & any mail sent here will be redirected (unless of course they’re just totally making it up & haven’t even rented a virtual office either).

But obviously these 2 things are extremely worrying – I mean would you really want to invest money with a company who lies about it’s location & it’s CEO? I know I certainly wouldn’t…

Unfortunately though despite this very likely being a scam I know many people will still be drawn to it purely based on the promised high returns, so the next thing I will look at is how it all works to find out can you really make money with Profitable Morrows?…

How Does Profitable Morrows Work?

How the company says it works & how it actually works are two entirely different things. If you go by what their website tells you then you’re led to believe that the money you invest will then be invested in the Australian tourism industry & that this will generate you a high return, paid to you daily every Mon-Fri or every 12 days Mon-Sun (depending on the plan you choose)…

You’re told that you can deposit anywhere from as little as $25 to get started & that on what they call their “Daily Plan” this will see you earning a daily interest of 4.5% (which is insanely high by the way & just screams SCAM)… OR alternatively, you can also choose to go onto what they call their “Fixed Plan” through which you can earn a whopping 112% interest if you’re willing to get paid every 12 days rather than daily. 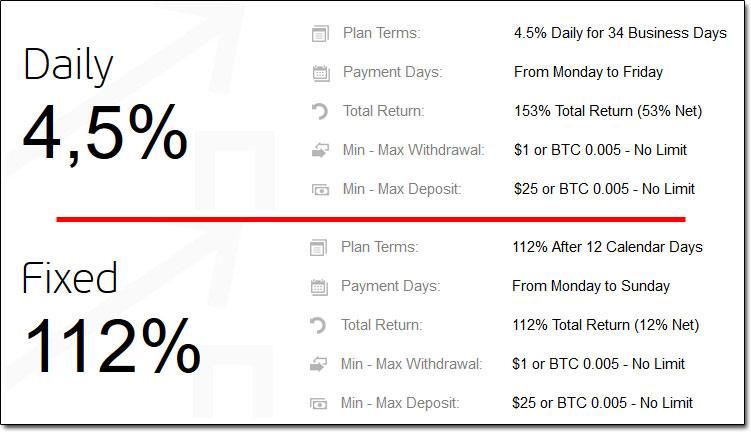 The important fact here though is that they stress the money they’re paying out is coming from the profits generating from their tourism investments. If this was the case then yes, the company would actually be legit – but I can 100% tell you that it’s not. The ROI figures promised by Profitable Morrows are just way too high for any legitimate safe investment – there is no way that you could generate that kind of income on a consistent basis.

Think about it – they’re claiming that if you invest $10,000 you would be able to make $450 per day which would equate to $164,250 – an income substantial larger than the American average… So if this was real & so safe as you’re promised then everybody would be doing this, nobody would be left working a job.

So why aren’t they? Why are still people working jobs rather than enjoying the returns of their Profitable Morrows investments?

Simple, because it’s a Ponzi scam.

The money that’s being paid out to investors is merely the money that’s getting paid in by new investors – that’s why they also run an affiliate program & actively encourage you to get new people to sign up.

So there are no products & no money management going on, people are simply signing up & whatever they invest is just getting distributed up to those who invested before them.

The problem with this, like any pyramid scheme or Ponzi scam is that it’s not sustainable… It will inevitably collapse (like BitConnect recently did) and those who’ve invested will lose all of their money.

There’s also no telling when this will happen, and for all you know it could have happened right now. If you invest money into Profitable Morrows you are relying on new people coming in for you to make your money back – and who’s to still say they’re still coming in?

The likelihood is that after investing you WON’T get enough people to come in to even make your money back, let alone make profits. That’s because the only people who usually profit from these schemes are those who get in at the very, very start… By now it’s already likely too late.

But obviously I don’t recommend you invest in them anyway because they’re just far too risky. There are many legitimate programs like Commission Academy for example where you can learn to build a real income online, there is simply no need to mess around with silly programs like Profitable Morrows where you will stand a high chance of losing everything.

Is Profitable Morrows a Scam?

As far as I’m concerned, yes the Profitable Morrows investment program is definitely a scam. The promised returns are just way too high, couple that with the fact they actively encourage recruiting & boom I suspect a Ponzi scheme at play.

It might initially seem like an easy way to earn extra money online but the truth is that Profitable Morrows which much more likely see you losing money than it will making it. These schemes are renowned for seeming great but collapsing & leaving people without their cash.

The reality is there are simply no shortcuts to making lots of money. Yes, it is possible to do so – and there are plenty of legitimate programs like Commission Academy that will show you the exact steps you need to take to profit online, but you should know that it’s always going to take some degree of work.

Any program that promises you lot’s of money for little work is very likely a scam. As the saying goes “if it sounds too good to be true it probably is” and in this case with Profitable Morrows it definitely is.

Sorry to burst the bubble if you were hoping it was going to be legit, but hopefully I helped you save your hard-earned cash. If you happen to have any further questions or comments feel free to leave them below.