The Secret Code System is a website that promises to provide people with access to a little-known way for generating easy money online even if they’re complete beginners with no previous experience. 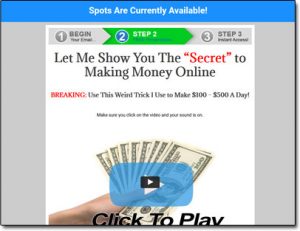 As a visitor to The Secret Code System website, you’re shown testimonials from other members who’re allegedly making thousands of dollars per day with ease & you’re essentially led to believe that you too can do the same.

But the question is, can you?

Or is The Secret Code System a scam that’s just set out to con you out of your hard-earned cash?

Well, the good news is that you’ve landed in exactly the right place to find out because in this review of The Secret Code System I am going to be uncovering everything there is that you need to know.

What Is The Secret Code System?

The Secret Code System is a system that’s allegedly been put together by a guy known only as “Jay” & it promises to provide you with access to the “secret” for making money online.

In the video that promotes the system, you’re shown testimonials from several members who are supposedly earning thousands of dollars per day with little to no work & then you’re essentially led to believe that you too can do the same. 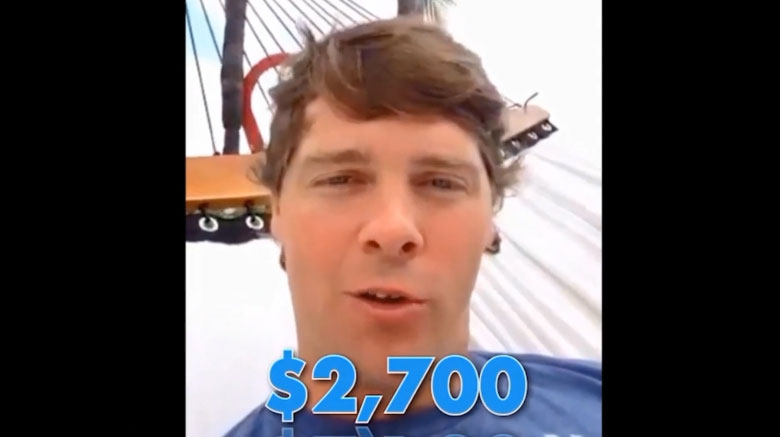 But there are a couple of immediate problems that I noticed…

The first problem is that there is absolutely no mention of the method of work that will be involved meaning that you’re left with absolutely no idea what you’ll be required to do to make money.

And the second problem is that in order to get access to the “method” & find out more, you have to firstly hand over $47 of your own hard-earned cash… Which is a huge red flag.

These 2 signs coupled together scream that it’s a “get-rich-quick scam”.

You see, get-rich-quick scams work in a pretty simple way. They promise to provide you with access to a really easy way to make money but require you to pay in order to find out more.

Then, when you pay your money, you’re left to find out that they don’t deliver on their promises but by this point, they’ll have already got your cash meaning that ultimately, you’ll have been scammed.

And at a glance, this looks exactly like what is happening with The Secret Code System.

But is it? Or is The Secret Code System actually legit? Let’s take a closer look into exactly how it works to find out…

How Does The Secret Code System Work?

As mentioned in the previous section of this review, The Secret Code System doesn’t go into any detail on how it actually works until you go ahead & hand over your hard-earned cash.

But the good news is that I took a look into it myself & discovered that the method it is based around is actually a legitimate method known as affiliate marketing.

And in case you don’t already know, affiliate marketing involves promoting products or services for 3rd party companies online in return for commissions that are paid out on successful sales.

So if you promote something & somebody buys it, you get paid a commission.

But don’t be mistaken. This does not mean that The Secret Code System itself is legit.

In fact, it’s actually quite the opposite. You see, whilst the system has been based around a legitimate method, it has not really been designed to truly help you find success with the method.

Instead, The Secret Code System has just been designed to part you with your cash & trick you in order to make its own creator wealthy at your expense.

The chances of you actually making any money with it will, unfortunately, be slim to none.

And the reason for that is because whilst affiliate marketing is legit, it requires work & if you’re new to it, you’ll also need some good training that will show you how to properly get started.

Plus there’s the fact that The Secret Code System completely misleads you. It leads you towards believing that you’ll be able to make money right away & generate thousands with ease… But that’s not the reality.

I mean sure, it’s possible to earn thousands with affiliate marketing… But it could take weeks or months before you get your first commission.

So, in short, here’s how The Secret Code System works:

And as far as I’m concerned, that’s not cool.

In the instance of The Secret Code System, it definitely is.

But on top of that, there are also several more major red flags.

One of which is the fact that the creator remains highly anonymous & is known only by the name “Jay”. This means that his success he talks about is completely unverifiable.

And another is the fact that despite the video claiming that you will easily make lots of money, the disclaimer at the bottom of the website says otherwise (as shown below):

Would you really trust a website that deploys such deceitful tactics? I hope not.

And that brings me nicely onto my next point…

Is The Secret Code System a Scam?

Yes, absolutely. Your chances of making money as a result of purchasing The Secret Code System will be slim to none & I believe the disclaimer is very accurate when it mentions that the typical purchaser does not make any money.

To be honest, I would gladly place a bet to say that nobody has made money using the system… It’s just a con.

The whole thing has been designed with the sole intention of tricking you into handing over your hard-earned cash so that the person behind it can get rich at your expense.

It’s not really designed to help you make money at all.

The only slight saving grace is that it appears to be sold via a network known as ClickBetter which means that if you contact them directly you *may* be able to get your money back.

Still, if you haven’t done so already, I certainly wouldn’t recommend purchasing it.

That’ll explain exactly how it all works & show you how you can get started.

Or you could even go ahead & check out all of these other ways to make money online.

But whatever you decide to do, I just sincerely hope that my honest review of The Secret Code System here has given you a good insight into how it really works & what you can expect if you buy it.