Toluna is a website that allegedly provides you with several ways to earn rewards online. You’re led to believe that you can simply sign up, start sharing your opinion or engaging within the community & that you can begin earning points which can be later redeemed for cash. 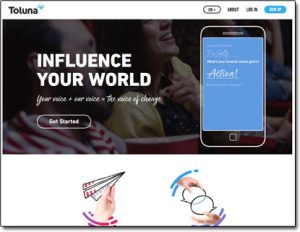 But despite the Toluna website looking pretty professional & trustworthy, there seems to have been an alarming number of complaints about it… So what’s the truth?

Is it actually legit or is Toluna a scam that’ll just see you wasting your time?

Thankfully if you’ve been looking into joining then you’ve landed in exactly the right place to find out because in this review I’ll be uncovering everything there is that you need to know, including how it all works & whether or not you can really make good money with them.

Toluna is quite similar to your average paid surveys company, but on top of merely providing surveys, they also provide a handful of other different ways that you can earn rewards too.

These include things like engaging with the community, testing products, participating in weekly lotteries or even simply asking questions yourself.

And the creators of Toluna claim that the opportunity provides not just a way to earn money or to share your opinion, but a way to make long-lasting friendships too thanks to their community-based business model.

Essentially Toluna is there so that you can vent about what you don’t like about products (or praise what you do like about them) and get this information channelled through to the people who can actually make the changes.

So it’s kinda like heading to Facebook or Twitter to vent about something, but knowing that your opinion’s actually going to get heard by somebody that matters & that you’re going to earn a little something for your troubles.

You can also use the site to create your own polls so that you too can get your own opinions on things as well.

How Does Toluna Work?

First things first in order to get started with Toluna you’ll need to create an account – now don’t worry this is entirely free to do (as it should be with any legitimate paid surveys website) but it will require you to answer several questions about yourself.

They’ll ask you things like your marital status, your employment status etc, they’ll even ask for your address… All this is so that they can better match you to relevant surveys/brands inside the members’ area.

Obviously you don’t have to be totally honest with these questions if you don’t want too or you’re worried about your privacy… BUT know that if you’re not honest it will make things harder for you in the long run. The reason for that is because you’ll likely get matched to the wrong surveys or brands which will ultimately see you getting kicked out of things halfway through when they determine that you’re not actually eligible.

So honesty is the best policy when signing up to Toluna or any other paid survey sites like it.

Anyway, as soon as you’ve got your account & got access to the members’ area you’ll be good to go. You can start doing tasks right away to begin earning points providing there are actually some available.

The primary way you’ll collect points through Toluna will likely be with their paid surveys. As I mentioned above they do have several ways that you can earn but paid surveys are definitely “the main way”.

The surveys inside of Toluna will generally take around 15 to 20 minutes to complete. Initially, when you start them you’ll be asked a few questions purely to test your eligibility – usually, these “tests” only consist of around 3 questions, but if you’re found not to be eligible you won’t be able to proceed past these questions.

This is what’s known as “getting kicked out of surveys” and it can be a bit frustrating since you’ve spent some time completing questions and get nothing in return for your time. I guess the good thing here though is that Toluna gives you this test before you actually get deep into the survey… Some other companies will kick you out around halfway through which as you can imagine is VERY frustrating.

Global Test Market on the other hand actually still give you some points even if you’re kicked out (just putting it out there as a good alternative).

This is another one of the main ways you’ll be earning points at Toluna & people seem to love the product testing because the good news is that after you’ve tested it you get to keep it.

The downside though is that the products are generally nothing really worthwhile… So if you’re expecting to get & test an iPhone then think again LOL. More often it’s things like washing powder, or foodstuff etc.

Once you’ve done your testing you’ll just need to login to Toluna & provide some feedback – you’ll then get awarded with points just like you would do if you’d have completed a paid survey.

Whilst the paid surveys & product testing are the primary ways you’ll earn points at Toluna, they do provide you with a handful of other ways that you can earn points with them too (and you can choose to do any you like).

How Much Are Toluna Points Worth?

With Toluna providing you with so many different ways to earn points it’s pretty obvious you’re going to be easily able to rack up quite a few, so you might be led towards thinking that you’re going to be able to earn a ton of cash from Toluna…

Sadly though that couldn’t be further from the truth. I’ve got to admit that whilst most survey sites generally only pay very small amounts anyway, Toluna has to be one of the lowest paying sites I’ve ever seen. 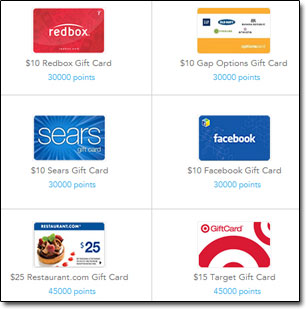 It will take you a whopping 3,000 converts before you can even convert them into so much as a single dollar…

And don’t get too excited when you reach a dollar because you won’t be able to redeem any rewards until you hit at least around $10.

Truth be told I’m not a big fan of survey sites for this very reason… They simply pay out way too little. I mean sure, if you’re looking for a way to earn a little bit of pocket change without any real commitment then yeah, they can be just the job… But honestly, if you value your time at all then they are simply not worth it.

In my opinion, there are much better things you could be doing with your time to earn more money, such as affiliate marketing for example. That’s one of the best ways to earn money online & companies like Commission Academy make it very easy for you to get started (even if you’re a newbie)… Definitely worth checking out.

Shockingly they have just a 1-star rating on TrustPilot (as shown  below):

So what’s going wrong then?

Many reviewers have reported that it takes way too long to be able to earn a number of points that can actually be redeemed for some sort of reward.

One person said it took them over 4 months just to earn enough points to redeem £35 through PayPal… That’s a grand total earnings of £8.75 per month & keeping in mind that the surveys take on average around 20 minutes to complete, I can see why they are frustrated.

Let me just make it clear that this isn’t my personal comment – but several Toluna members on TrustPilot have stated that they simply do not pay. Not everybody though, I have seen some members who claim to have been paid, but take a look at this comment:

Many members claim that for some strange reason they’ve been completely locked out of their account. They reported that after using the site for a while they went to log back in & the system reported they were using an incorrect username & password combination… After following it up with Toluna they were told that there was no account associated with them.

Not sure what’s going on with this, but seems a little strange – and it’s just another thing that makes me feel pretty sceptical about the site.

Is Toluna a Scam?

Well, to be honest, I couldn’t say for certain. I wouldn’t like to call it a flat out scam since some people have reported they’ve been paid, but after reading several of the member reviews on Trustpilot I don’t think I personally would be able to trust the site.

What I will say though is that I review a lot of scams on this blog & it certainly looks legitimate, so I believe that rather than being a “scam” as such I think they may just be having management issues or something, leading to delayed payments, problems & negative reviews…

Overall though I am not going to be recommending the site anyway because the payouts are simply way too low. You’re going to be spending a LOT of time filling in surveys & not getting very much in return.

Anyway, hopefully you found my review useful & hopefully it gave you a good insight into this company. If you do happen to have any further questions or comments about them then don’t hesitate to leave them below.