If you’re looking to start making a little bit of extra money online then paid surveys can be a great place to start.

There’s a whole load of companies willing to know what you think about their products or services & they’ll pay you in exchange for your thoughts.  The best thing about paid surveys is that they require very little effort, you just need to be yourself and answer the questions honestly – easy peasy.

Whilst the money you earn from completing paid surveys probably isn’t going to be life changing, it’s certainly possible to earn an extra few hundred pound each year. That’s definitely not to be sniffed at for simply giving up a few minutes of your time each day (especially if you could be cheeky & get away with doing them on your dinner break at work!).

Set up a dedicated email address.
When a new survey comes in for you to complete you’ll get sent an email notification. This might not be too bad if you’re only completing surveys for the one company however if you go on to work with several companies you could find your inbox quickly filling up. It’s a wise idea to set yourself up a dedicated email address purely for your survey stuff. You can grab one from Gmail.

Be honest with your answers.
Sometimes you’ll get half way through a survey and get told that you’re not eligible to participate, it’s frustrating and it can become tempting to tell porkies in order to make your way through to the end. However just so you know many of these websites put questions in purposely to detect whether or not your telling fibs, and if they catch you they could potentially wipe your balance clean meaning you’ll have to start all over again. It’s rare, but it does happen so just be honest.

Don’t pay to join any survey sites.
Some survey sites claim that they pay out much higher amounts than the other companies but generally these companies will ask you to pay to join. You should never need to pay to join a survey site especially not with all the free options that you’re provided with below. The chances are they’ll take your money & you’ll find out that they don’t live up to their promises.

Spend your gift vouchers as soon as possible.
I always prefer to get paid in cash, but sometimes survey sites offer you more if you opt for vouchers which can be tempting. If you do choose to take the vouchers then remember to spend them as soon as possible because they might have an expiry date or the retailer might go bust meaning you’ll have lost out on all your work.


Free Training: Learn about the simple 4-step method that enabled me to leave my job as an electrician & pursue a career working online as my own boss instead

So without further ado, here’s my list of paid survey companies:

(The companies listed below are in no particular order). 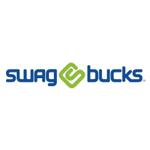 Swagbucks is one of the most popular paid survey websites & they actually provide you with a whole load of other ways you can earn money online too aside from filling in surveys. These include things like shopping, searching, watching videos & even playing games.

Over at SwagBucks you get paid in “Swag Points” for each action you complete & then these points can be exchanged for rewards in it’s reward store. You can also convert your Swag Points into cash & withdraw them through PayPal but you might get more value if you opt for vouchers instead.

How they pay: PayPal, Amazon vouchers & more.
Average pay per survey: Around 70 Swag Bucks which is about 40p.
Minimum amount to withdraw: Depends on reward.
Average survey length: 15-20 minutes. 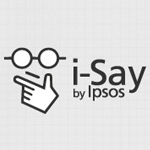 This company has been said to be one of the highest paying survey companies around based on average earning per survey combined with the survey frequency however they only pay out in vouchers. The average survey takes around 15 minutes & you’ll probably average earnings of around £1 for every survey you complete.

One of the great things about Ipsos is that they’re very upfront about how long the surveys going to take & how much it’s going to pay unlike most other survey companies. This allows you to see which ones are actually worth your time & which ones are not. 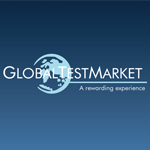 This is one of the original paid survey companies which is based in the US, though they are still very reliable. Once you’ve earned $50 (around £30) you can request a payout via cheque and lots of people earn over £100/year with this company alone. The cheques do take a while to come, up to around 8 weeks, however I’m sure at £30 to £40 a pop it’ll be worth the wait! I know I often forget about them and it turns out be a nice surprise when it comes!

With GlobalTestMarket they give you option to also fill in surveys that will enter you into prize draws instead of paying cash but I wouldn’t really waste your time on these unless you’ve got loads to spare. You could be using this time to fill in a survey on another site and actually get paid something for it.

The main downside with this company is that quite often you’ll get half way through a survey only to find you’re not eligible, but they’ll generally give you a few points anyway for your participation. It’s more frustrating than anything.

YouGov is a popular survey site, however from personal past experience (and from those I’ve spoke with), the surveys seem to be few & far between which means that it takes forever to reach the minimum payment threshold.

You get paid around 50pence per survey but as I said above they’re very infrequent which means it takes a lifetime to hit the minimum payment threshold of £50. Most people (like me) just give up, but for those who’ve stuck with it they’ve said that it can take three to five years to actually hit the threshold and get paid. When you do get paid though it’s via bank transfer, so at least that bits quick & easy.

On the upside, when you do get a survey they’re short and sweet.

How they pay: Bank transfer.
Average pay per survey: Around 50p per survey.
Minimum amount to withdraw: £50.
Average survey length: 5 to 10 minutes. 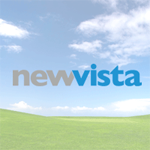 This company has a high payout threshold of £50, however many people have claimed that they’ve actually reached it within just 6 months. They generally pay out between 50p to £1 per survey & according to various reviews I’ve seen the surveys seem to come in fairly frequently.

A bit of advice with this company is to make sure that you answer all your questions honestly. They’ve got a built in quality control system to try and filter out members that fib to get more surveys, so by telling porkies you could find yourself actually ending up getting less surveys. 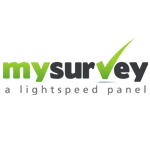 Great for the simple fact that you only need to earn £3 before they pay out and you can get paid straight to your PayPal account. They also let you take your earnings out in the form of Argos/Amazon vouchers however strangely enough you’ll get less value for your money if you do this as opposed to getting paid through PayPal.

The surveys are a little longer than some of the other sites however they pay out around 100 points a go & you only need 345 to be able to withdraw your £3. 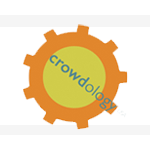 Another one with a really low payout threshold of just £4 & you can get withdrawals straight to your PayPal account. Many people claim to hit the threshold every month which isn’t bad for giving up a few minutes of your time.

The downside with this company is that there seems to be a few issues with payments. Whilst they do end up getting paid it can sometimes be a drawn out process due to “glitches”. If you have any problems with your payments then the best thing to do is question it via social media, that seems to get the fastest response.

On the plus side though the surveys can quite often pay pretty well at nearly £2 a go. 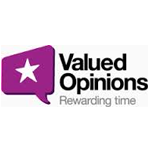 Valued Opinions has been established for a long time & they payout your earnings in retail vouchers. They have one of the highest payouts per survey at anywhere between around £1 to £5 & vouchers come fairly quickly once you decide to cash out.

Whilst this companies been established for quite a while a few people have been reporting that the company has been going downhill a little bit lately with quite a few glitches appearing in the system. 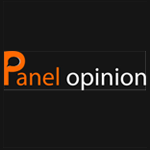 This is a simple site with a quick surveys that pay out up to £5 a go. The withdrawal limit is low as well at just £10 so you could quickly meet it if you landed a few of the big-buck surveys.

They’ll pay out in cash & they give you a variety of options for your withdrawal unlike most other sites. You get the option to withdraw via bank transfer, PayPal or cheque. 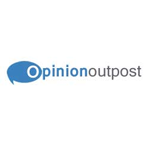 Whilst you only need £2.50 to withdraw the surveys don’t come all that frequently so you could still find yourself waiting around. Plus not all of their surveys pay out in cash, some will enter you into prize draws but personally I wouldn’t bother with these, I’d rather spend the time filling a survey in on another site that will actually pay me for my time.

1. You don’t necessarily need to limit yourself to just the one company, instead you could sign up for several and maximise your earnings. Though if you do decide to do this then I’d definitely recommend signing up for a dedicated email address as I mentioned at the beginning of the post.

2. Most survey companies also operate a “refer a friend” feature whereby if you share a link with one of your friends and get them to sign up then you’ll get paid. The amount you get paid varies between companies but for something so simple it’s pretty much money for nothing. If you’re not sure whether or not the company your using operates such a feature just drop them a message & they’ll soon tell you.

If you’ve used any of the companies that I’ve mentioned then please feel free to share your thoughts below in order to help others that might be considering doing the same.

10 thoughts on “Get Paid To Take Surveys Online”