Somehow, a few days ago, I stumbled across a website named the Become Wealthy Club which had allegedly been together by a middle-aged man named Peter Phillips. 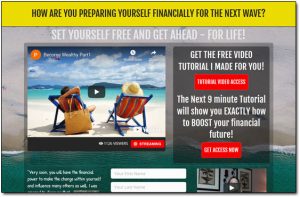 The Become Wealthy Club website promises to provide an easy way for its visitors to become rich through Bitcoin by giving them access to a so-called “profitable automated trading platform”.

You’re literally led to believe that you can simply sign up, make a small deposit & then begin profiting entirely on autopilot… But is it legit? Or is Become Wealthy Club a scam?

Well, the good news is that you’ve landed in exactly the right place to find out because in this Become Wealthy Club review I’m going to be uncovering the truth about how it all really works & everything else that you need to know.

What Is Become Wealthy Club?

Become Wealthy Club is a website which claims that it can help you to prepare for the next wave of Bitcoin & earn you lots of money by making profitable, automated trades on your behalf.

And you’re literally led to believe that all you need to do to start making money is simply sign up, make a small deposit & then “activate” the system to have it begin trading for you.

From there, its creator, Peter Phillips, claims that the Become Wealthy Club software will begin making entirely automated Bitcoin trades on your behalf & start generating you money.

But could you really make money so easily?

And if you can, then why isn’t everybody doing it? Why are people still working at jobs that they dislike if they can simply sign up to Become Wealthy Club & profit on autopilot?

The answer is because it doesn’t work as promised.

In fact, as you’ll soon see in this Become Wealthy Club review, the whole thing is actually nothing more than a scam & the creator, Peter Phillips, isn’t even a real person.

How Does Become Wealthy Club Work?

So as mentioned above, the concept is that you simply need to sign up with the broker that is recommended, make a small deposit & then activate the Become Wealthy Club system to begin making money.

But there’s something that you’re not being told, and that’s the fact that the creator of the Become Wealthy Club system (who isn’t really named Peter Phillips) is actually affiliated with the broker that you’re being recommended to deposit with.

This means if you deposit, he gets paid a commission at your expense… And ultimately, the Become Wealthy Club scam is nothing more than a ploy to trick you into depositing.

You see, the broker that you’re told to deposit with is actually what’s known as a binary options broker – and this in itself literally proves that the whole thing is nothing but a scam.

The reason for that is because binary options brokers work differently to normal brokers.

Through a binary options broker, you don’t “invest” in anything, instead, you simply place “bets” on whether or not you think the value of something will rise or fall over a certain period of time (usually under 60 seconds).

This means that binary options brokers only make money if you lose money.

If you win money, then they actually lose money since they have to pay you your “winnings” out of their own pockets. As a result, binary trading is 100% set to make you lose.

Why would a binary options broker, who only makes money when you lose money, pay commissions to the creator of a system that would be guaranteed to make you win?

The answer is that they wouldn’t – and the reason they’re really paying the commissions is that they know that the system is actually just designed to make you lose money.

The broker & the real creator of Become Wealthy Club are both in cahoots on the scam together.

Worse, however, is the fact that the Become Wealthy Club system is actually designed to make you believe that you’re profiting, when in actual fact you’re losing, to encourage you to make further deposits.

So if you think you’ll just make the initial deposit of $250 or so & find out that it doesn’t really work as promised, think again. The system could lure you into spending thousands before you finally discover it’s a scam.

Who Is Peter Phillips? 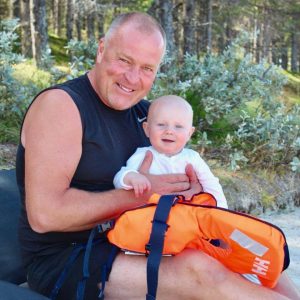 You’d imagine that there’d be quite a lot of information available online about the man that created the system that could enable people to earn thousands per day all on complete autopilot, right?

And the reason for that is because just like his system, Peter Phillips himself also isn’t real.

What I did find out, however, is that Become Wealthy Club is actually owned & operated by a company named Market in Team, LLC. A company that has no “Peter Phillips” listed as an associate.

So the name Peter Phillips is simply an alias that’s being used in an effort to hide the true creators of the system, and of course, there’s only one reason why they’d want to hide.

They’re hiding because they know it’s a scam.

In all honesty, there are a LOT of red flags when it comes to the Become Wealth Club scam. For most people, it will be immediately very obvious that it’s a con.

The second red flag is the fact that the Become Wealthy Club website offers no contact details or ownership information whatsoever. Nor does it display any licensing information, which is a requirement by law for investment-related websites.

You should never invest via an unlicensed website because it means you have no protection in the instance that things go wrong.

On top of that, the Become Wealthy Club scam also makes use of fake testimonials – and the reason I know that is because I actually recognised the lady in one of the videos.

She’s a paid actor hired from the website Fiverr, as shown below:

There’s absolutely no way a legitimate company would make use of fake testimonials – and certainly not a company like Become Wealthy Club because if it really worked, people would be rushing to give free testimonials.

Is Become Wealthy Club a Scam?

There’s absolutely no doubt about it, Become Wealthy Club is a scam. It’s 100% built on lies & deceit & it’s set out to do nothing other than part you with your hard-earned cash.

I can say with 100% confidence that you will not make any money by participating in the Become Wealthy Club, instead, you will just lose any money that you happen to invest.

The reason I can say that so confidently is because I’ve already seen these exact same types of scams several times before. They’re nothing but bad news & should be completely avoided.

The truth is that you can actually make good money online, but you’re never going to be able to make so much money so easily. They’re just selling you in on the dream.

If you really want to make good money online then you must be prepared to put in the work to make it happen. The good news, however, is that if you are willing to do that then there are plenty of legitimate alternatives that you can try instead.

One of the best ones, in my opinion, is affiliate marketing – which is the same way that I personally make most of my own money online & it’s a method that’s really beginner really.

If you’d like to learn more about it before you go then I’d highly recommend you check out my free guide right here, or feel free to check out the other legitimate methods on my top picks page.

But whatever you decide to do, I just sincerely hope that my Become Wealthy Club review here has given you a good insight into how it really works & I hope that it’s helped you to avoid getting caught out by it.

If you still happen to have any questions or comments about it then, of course, don’t hesitate to leave them below.