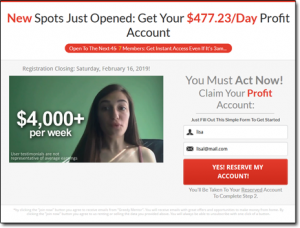 Meaghan claims that all you have to do is simply “claim your profit account” & that once you do you’ll see earnings immediately pouring into your account… But is it really legit & can you truly make money with it or is the Greedy Mentor system a scam that’ll just rob you of your cash instead?

Thankfully you’ve decided to do some due diligence before jumping right in because in this review of the Greedy Mentor system I’ll be showing you how the whole this is NOT what it seems & I’ll also be outlining whether or not you can really generate any profits at all with it. So keep on reading for everything you need to know!

What Is Greedy Mentor?

But right from the off I can tell you that those kinds of promises make it sound a LOT like a get-rich-quick scam.

The reason I say is that is because whilst there are legitimate ways to earn good money online, none of them are going to make you lots of money really easily or really quickly. Instead if you want to make good money you must be prepared to put in some time & effort to make it happen.

And I can say that with 100% confidence after working full-time online for several years. Trust me, if their were any “easy” ways I’d have known about them by now – and if there were any easy ways, everybody would be doing it!

So its safe to say that the Greedy Mentor system immediately rang alarm bells when I came across it, and I also felt that it happened to look “familiar” too…

It turns out that it was indeed familiar as the Greedy Mentor system is actually just a re-hashed version of the Explode My Payday scam which I previously exposed on this blog just a few months back.

Take a look at the Explode My Payday website below & see how similar it is to the Greedy Mentor site: 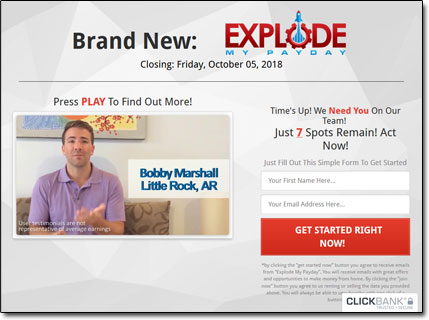 The creator has simply changed the name of the system in an attempt to escape the negative reviews (like mine) so that he or she can continue scamming people out of their hard earned cash. The references to Meaghan Harper as the creator though are present on both – but that’s likely just a fake alias that’s being used to hide the real people behind it. 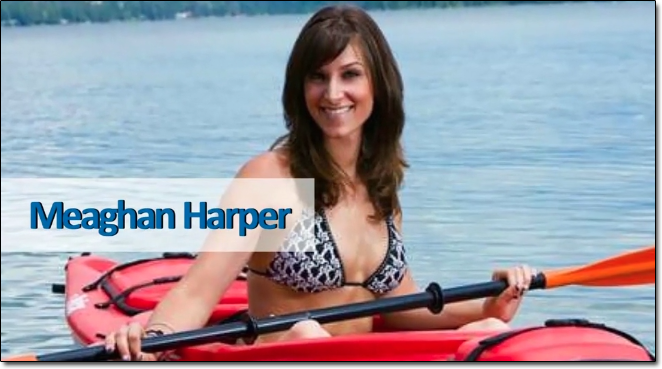 And on top of that another scam I recently exposed named Steal My System also made references to Greedy Mentor on its website so I assume this too is another scam operated by these crooks.

How Does Greedy Mentor Work?

Basically in short the Greedy Mentor system is just one of these money-making systems that makes a whole load of hyped up promises to trick you into spending your cash & then fails to deliver on them on the other side.

That’s why the video on the sales page doesn’t really give much away as to how it all actually works – because if it did then you’d likely soon realize that it doesn’t actually work at all. 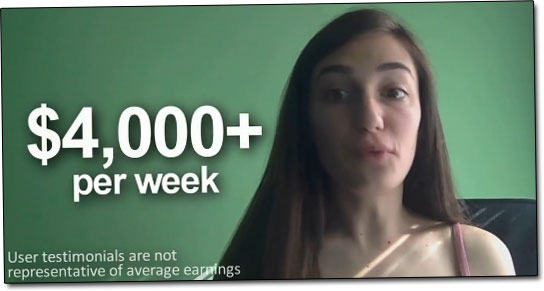 But anyway, after watching the Greedy Mentor system sales video you’re then given the “opportunity” to get access for $67 – but like I mentioned above if you do purchase it (which I don’t recommend doing) then you’ll just be left to find out there’s no real done-for-you system after all.

Instead the whole thing is loosely based around something called affiliate marketing – and I want to point out here that affiliate marketing in itself is actually legitimate. It’s where you connect people with the products they’re looking for online & get paid commissions in return.

Affiliate marketing is actually the same way I make most of my own money online & you can actually get started with it for free over at Commission Academy.

Admittedly you do get a “little bit” of training inside of the Greedy Mentor system but it’s more just an introductory into affiliate marketing explaining a little about how it works like I just did above. The training they give you isn’t really good enough to truly help you find success at all.

And to be honest even though you could make money by promoting the Greedy Mentor system to others (if you knew how to promote) then I still wouldn’t recommend it because the people you’re getting to sign up are likely not going to make any money.

Which also brings me onto…

The True Cost of The Greedy Mentor System

In the video on the sales page of the Greedy Mentor system there are several people claiming to have earned thousands through the system, but how they are earning such huge commissions by promoting it if the system only costs $67?

But just like the main product itself these upsells are all junk & after purchasing them all you won’t really be any better off, but you’ll have likely spent hundreds if not thousands of dollars.

And that’s how these people are earning those commissions – by suckering other people into the scam & earning at their expense… But they’re all experienced marketers who know what they’re doing.

Just like the disclaimer states on the Greedy Mentor’s website, “The typical purchaser does not make any money using this system“.

Is Greedy Mentor a Scam?

In my opinion yes, absolutely & the reason I say that is because you’re being sold into it on a complete pack of lies. There’s no way you’re going to earn so much money so easily or quickly & therefore in my opinion it’s a scam because you’re not getting what you paid for.

As far as I’m concerned it’s quite clear that the only person making money from the whole thing will be the creator that’s behind it & the fact that he (or she) keeps changing the name of the system just highlights the dodgy tactics being used to draw people in.

But like I said towards the very beginning of this Greedy Mentor review there are actually legitimate places where you can get started with affiliate marketing for free like Commission Academy – so there’s simply no need to waste any money on this program at all.

So all in all I advise you steer well clear of the Greedy Mentor system & instead if you really want to make good money online then check out that list I just shared above which shows you real ways to do it.

Whatever you do though I sincerely hope my review here has given you a good insight into how the Greedy Mentor system works & more importantly I hope it helped you to save some cash. If you do still have any further questions or comments about it though then be sure to leave them below & I’ll get back to you as soon as I get a chance.