Richard Harper from Chicago, Illinois is allegedly the man behind the newly launched Job Quitter Club system & he promises that his so-called “automated system” will literally force money into your bank account. 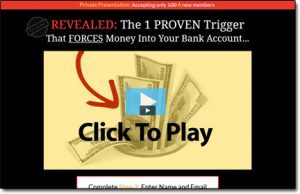 You’re led to believe that all you need to do is sign up, follow some simple steps & that you’ll be on your way to making a handsome income online even if you’ve never previously made so much as a single penny online in the past…

Richard Harper even claims that you can replace your job’s salary in just 1 month of getting started.

However in order to get started, he asks for you to hand over $47, so what’s the truth about it?

Is it actually legit, or is the Job Quitter Club a scam to avoid?

Well, I’m very glad that you decided to do your due diligence and came here to this review of the Job Quitter Club system before you signed up to it because I can immediately tell you it doesn’t work the way Richard claims.

What Exactly Is The Job Quitter Club?

The Job Quitter Club is a newly money-making system which has allegedly been created by a man named Richard Harper who you’re told is from a place called Chicago, Illinois.

Richard introduces himself in the video promoting his Job Quitter Club system & he claims that he was once just an average guy struggling to pay the bills who then stumbled across a “secret” which changed his life for the better.

He calls the secret a “proven trigger” & he says that it can supposedly force money into your bank account.

He even claims that the secret you’ll be getting access to via his system will enable you to replace the salary of your current job in just a mere month of getting started – which is an extremely bold claim.

So, in short, he’s basically claiming that he can give you access to a super-easy way to make lots of money (the same way he allegedly uses himself), but he wants you to pay first in order to access it.

Sounds suspicious right? And that’s because it IS suspicious…

You see if you happen to sign up to the Job Quitter Club (which I don’t recommend) you’ll simply discover that there is no secret after all & that really the person behind it is just getting rich at your expense.

I can say that so confidently because I’ve actually seen this exact same system several times before launched under different names – and as you’ll soon see when I explain in finer detail how it all works below, Richard Harper isn’t even a real person.

How Does The Job Quitter Club Work?

In short, the Job Quitter Club system is just another one of those systems that promise the world, asks for your money & then simply fails to deliver on its promises once they’ve gotten your cash.

Not only that but it then also attempts to upsell you into various other packages too first before you’re left to find out the hard way that the whole thing doesn’t really work the way that you’re told.

He’s a phoney… I ran a search using Google’s Reverse Image Search tool and it revealed that the image been shown as a photo of Richard Harper had actually just been pulled from a stock-photo site as shown below:

The true creator of the system has just used the fake alias of Richard Harper so that he can hide his real identity, and there’s only one reason he’d want to do that which is because he’s quite clearly up to no good.

He knows that when you get access to the “system” you’re going to be disappointed, so he doesn’t want you to know who he really is.

Unfortunately, I don’t know exactly who is really behind it (as they’ve made a good job of hiding themselves) however it does look the same person is also behind the 22 Minute Profit Plan, Greedy Mentor & 22 Minutes To Profits programs that I’ve previously exposed.

So What Exactly DO You Get?

Basically, if you were to hand over your money & actually buy into the Job Quitter Club system you’d find out that all you actually get access to is some extremely basic training on a method known as affiliate marketing.

Now affiliate marketing itself is indeed legit, it’s actually the same way I make most of my own money online & there are legitimate places where you can learn how to get started with it such as Commission Academy.

However, the problem is in the way that the Job Quitter Club is selling the whole thing to you.

They’re selling it as being a really easy way to make lots of fast money & that’s simply not the case. Yes you can make great money with it, but it takes work & time – it’s not going to happen overnight.

Plus the training provided via the Job Quitter Club system is extremely low-quality, it won’t really help you get started at all… It basically just explains what affiliate marketing is rather than showing you how to do it.

And in case you don’t already know, I’ll point out that affiliate marketing basically just consists of you promoting third party products or services online in return for commissions (as highlighted below):

It truly is a great way to make money & the best part is that the amount you can with it is totally uncapped. The harder you work & the more effort you put in, the more you stand to earn, it’s that simple.

So if you’re interested in getting started with it properly then I’d definitely recommend you check Wealthy Affiliate out.

Or alternatively, you can even check out my own free guide for making $100 per day with affiliate marketing right here.

But back on to the Job Quitter Club, I think I’ve already said enough about it – you probably get the idea which brings me nicely on to…

My Verdict – Is The Job Quitter Club a Scam?

I know some people would argue that technically the Job Quitter Club system isn’t a “scam” as such since you do actually get access to some training (even though the training won’t really help you make money).

But in my opinion, the system IS a scam because it is extremely misleading & it is ultimately just set out to part you with your cash by tricking you so that the creator can earn himself some money at your expense.

And as I mentioned earlier in this review Richard Harper isn’t even real.

So in my opinion that is the definition of a scam and, it’s safe to say that with that in mind there is simply no way I will be recommending the Job Quitter Club to you as something to join because it’s just total junk.

Instead, if you truly want to stand a chance of making good money with affiliate marketing you should join Commission Academy which is a legitimate program that has been proven to help people achieve success.

Or alternatively, you could just pick another legit method altogether from my top picks page here.

But whatever you decide to do I just hope that my review of the Job Quitter Club system here has given you a good insight into what you can really expect from the program & I hope it has helped you to save your money.