The Paid 2 Post System (located at paid2postsystem.com) comes from the desk of David Humphries (allegedly) and promises to provide you with a way to easily earn lots of money online.

You’re led to believe that you can simply sign up & get access to a legitimate link posting job that’ll supposedly see you being able to earn as much as $9,473 per month.

All you need to do to earn is post links online for companies like Amazon & Walmart, or at least that’s what you’re told.

Or is the Paid 2 Post System a scam that you should avoid?

Well, you’ll be glad that you came here to this Paid 2 Post System review before you handed over any cash to try it out because I can immediately tell you that it’s not what it seems.

As you’ll soon see in this review, you’ll be much more likely to lose money with Paid 2 Post than you will be to find yourself actually making it.

The Paid 2 Post System which has allegedly been brought to you from the desk of a man named David Humphries claims to provide a real, guaranteed way to earn money online.

It promises to provide an opportunity for people to earn as much as $9,473 per month by simply posting links online.

David claims that all you need to do is simply “enter a link into their system, copy a code, paste it & EARN”.

I’m pretty sure almost everybody would be interested in posting links online if somebody was going to pay them $9,473 per month in return for doing so.

But there’s a problem.

The problem is that David claims to be offering a legitimate link posting job but in order to get access to the job he requires you to hand over some of your money first.

Have you ever had to pay money to get access to a “job” in the past?

And the Paid 2 Post System is exactly that – a scam.

You’ll see why in the next section of this Paid 2 Post System review below.

Through the Paid 2 Post System you’re led to believe that you’ll be getting access to a “job” which will see you posting links online for companies like Amazon & getting paid directly in return.

But that’s not true.

The offer of a link posting job is completely fake.

Instead, if you were to buy into the Paid 2 Post System (which I don’t recommend doing) you’d find out that all you actually get is some training on something named affiliate marketing.

Affiliate marketing is legit, however, it’s NOT a job.

Affiliate marketing basically involves you promoting products or services for companies (such as Amazon) online and getting paid commissions in return for doing so.

But the commissions are only paid out on successful sales.

This means that in order to actually find success with affiliate marketing & make good money with it, you need to know how to effectively promote your links online.

And this is the information that the Paid 2 Post System fails to provide you with.

The Paid 2 Post System tricks you into thinking that you’ll be getting access to an actual job through which you’ll be paid directly in return for your time but that’s not the case.

You could actually spend months posting links & not earn so much as a single penny.

And that’s why the creator of the Paid 2 Post System requires you to hand over money before you can get started – because it’s not a real job.

The person behind the Paid 2 Post System is just making money for himself at the expense of those that he manages to trick into signing up & handing over their cash.

System’s like the Paid 2 Post System are pretty common. They latch onto the legitimate method of affiliate marketing & make it seem a lot easier than it actually is.

Yes, it is possible to earn good money with affiliate marketing. It’s even possible to actually earn as much as $9,473 per month like the Paid 2 Post System claims.

But in order to earn that type of income, you will need proper training (like that found at Commission Academy) and you’ll need to be prepared to work hard.

If it was truly as easy as just copying & pasting links then everybody would be doing it – and they’re not, because it’s not that easy.

Who Is David Humphries?

You’re told that the Paid 2 Post System has been brought to you from the desk of a man named David Humphries & you’re told that he’s the CEO of the system.

I ran a reverse search on his photo using Google’s Reverse Image Search tool & his image has actually just been pulled from a stock photo website named CanStock. 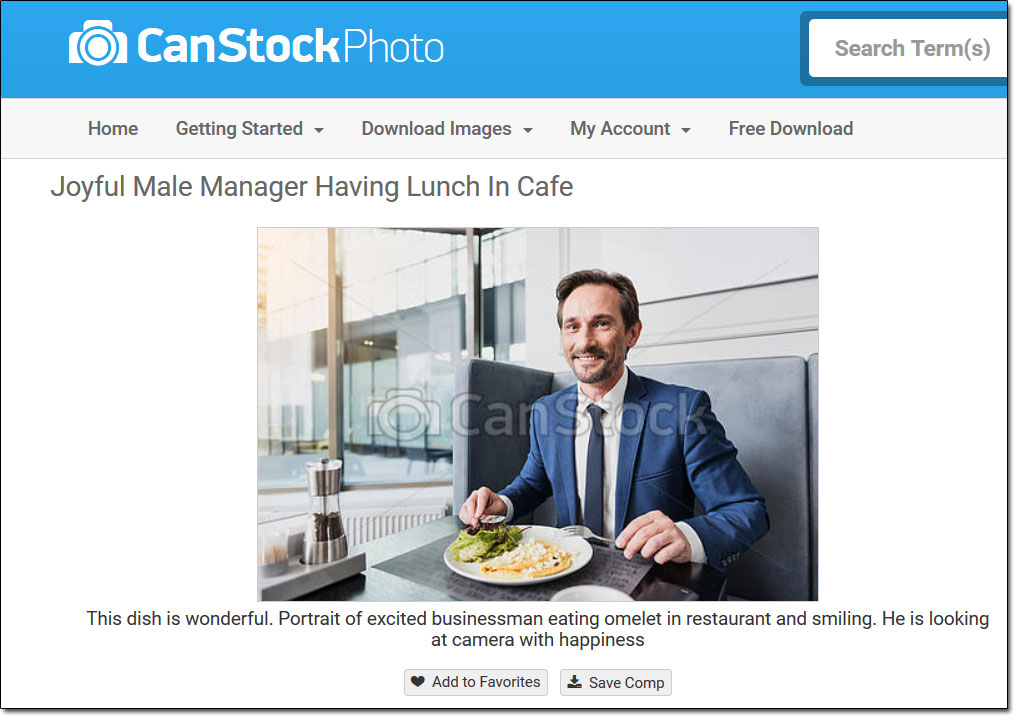 The true creator of the Paid 2 Post System has clearly just created the fake alias of David Humphries so that he can hide his real identity away from the website.

And the only reason he’d want to hide his identity & create a fake one is because he knows that he’s deceiving people in an attempt to earn money at their expense.

Despite my Paid 2 Share System review here outlining the fact that it’s a scam, I know there will still be many people considering giving it a try because of its low price point.

That’s how these types of scams work, they make their opportunity sound really good & their price really low to trick you into still “giving it a try”, even though you actually may suspect it to be a scam.

The second you do give it a try, however, they’ve won. They’ve scammed you.

So to prevent that from happening I figured I’d outline the red flags here that will show you it does not work as promised without you having to risk your cash.

The truth is that you do not need to pay money to get started with affiliate marketing. I myself have put together a free guide explaining how it works & how you can get started right here.

Yes, the Paid 2 Post System is a scam there’s no doubt about it. They promise you’ll get access to a link posting job but in reality, the job doesn’t actually exist.

If you hand over your cash to get access to the link posting job you’ll just be left to find out that what they’re actually talking about is something called affiliate marketing.

Affiliate marketing is indeed a legitimate way to earn money, but it’s NOT a job & that’s the important part.

The Paid 2 Post System leads you to believe that you’ll be getting paid directly in return for your time like you would at a job, but you won’t & the truth is that even if you were to work for 2 months straight, you may not earn so much as a single penny.

The reason for that is because affiliate marketing is commission-based & in order to see success with it you need to know how you effectively promote your links to generate sales.

You can’t just copy & paste them like the Paid 2 Post System claims you can. If it was that easy then everybody would be doing it & earning from home, but they’re not.

If you really want to earn money from affiliate marketing then you should avoid over-hyped systems like Paid 2 Post & instead stick with a legitimate platform like Commission Academy.

At Commission Academy, you’ll get all of the proper training, tools & support you need to see success with affiliate marketing.

But whatever you decide to do I just hope that my honest Paid 2 Post System review here has helped prevent you from falling victim to the scam & helped you to see how it really works.