Profits Passport is the name of a new website which has been launched by a man named David Dekel & it promises to provide you with access to a “done-for-you” method for making money. 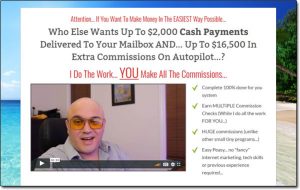 David claims that he’ll do all of the work for you & that if you sign up, you’ll begin receiving regular $2,000 cash payments sent directly to your mailbox.

But in order to actually get started, you’re required to hand over some of your own money first & I think you’ll agree with me when I say that sounds an awful lot like a scam.

Is Profits Passport a scam?

Or is Profits Passport actually a legit way to earn money?

Well, you’ll certainly be glad that you came to this Profits Passport review before you signed up because I can immediately tell you that David’s program is definitely not what it seems.

What Is Profits Passport?

Profits Passport portrays itself as being a revolutionary new automated system for making money & leads you towards believing that it’ll enable you to earn thousands of dollars all on complete autopilot.

The system’s creator, David Dekel who features in the promotional video promises that he’ll do all of the work for you & that you’ll get $2,000 cash payments sent directly to your mailbox.

But wait a moment.

Why does David Dekel want to work to make YOU wealthy?

What’s in it for him?

It all looks pretty suspicious.

And that’s because it IS suspicious. The truth is that in reality, the Profits Passport program is actually just an old-school Ponzi scheme that’ll likely see you losing a lot of money.

David, of course, however, will find himself getting rich at your expense.

Profits Passport is no different from any of the other mailbox scams that I’ve previously exposed on this blog, such as Impact Mailing Club, Postcards To Wealth & Envelope Work.

Same old scam, different name… And you’ll see how it really works below in the next section of this Profits Passport review.

How Does Profits Passport Work?

In short, regardless of what David claims in his promotional videos & on his website, the Profits Passport system is just a classic Ponzi scheme with David sitting right at the top. 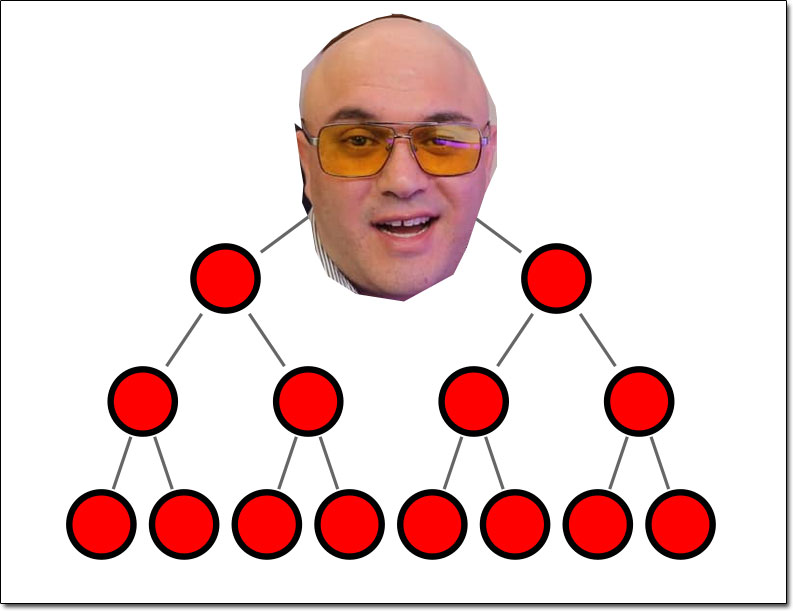 Visitors to Profits Passport are told that they’ll be provided with a really easy, automated way to earn money & to get started they simply need to add their name to a form & send it along with some money in the mail.

As more people join, your name moves up on the list, & new names get added, etc.

In theory, it sounds like it could work, but the reality is that it’s only set out to benefit David who’s sitting right at the top of the scheme & receiving money from every new signup.

He has nothing to risk since he created the scheme.

New members, however, have to risk between $2,000 & $16,5000… And essentially they just have to send that money in the mail in the “hope” that some other people join after them & send them some money back.

After sending your money off in the mail you’ll be very unlikely to see any money getting sent back.

Instead, you’ll just be left to find out that you’ve been scammed & that’s why David’s income disclaimer states the following (in extremely small, hard to read font):

It’s nothing but a hyped-up scam built primarily to make David richer at the expense of the others he manages to trick into signing up.

And honestly, there is simply no need to fool around with hyped-up scams like the Profits Passport scam because there are plenty of legitimate alternative ways that you can earn good money online.

One of my favourites is affiliate marketing.

Through affiliate marketing, you can earn 4-figure to 5-figures per month (and potentially even more) without having to put stupidly large sums of money at risk to get started.

In fact, you can even get started with affiliate marketing completely free of charge over at Commission Academy.

So there is simply no need to risk large sums of cash in silly schemes like Profits Passport.

But, I do know that there will be some of you reading this Profits Passport review who are (unfortunately) still tempted by the Profits Passport scam, so I’ll still provide you with the rest of the details…

Profits Passport essentially works on what’s known as a “pay to play” structure.

This basically means that you invest the amount of money that you’d like to be able to earn.

So as an example, if you only invest the minimum amount to get started (which is a whopping $2,000) then you won’t be able to earn anything higher than $2,000.

As an example, if somebody else signs up after you & invest $16,500, you’d only get the $2,000 and David Dekel, the creator of the Profits Passport scam would get the remaining amount.

And this type of structure is pretty common with scams because it’s put in place to encourage you to invest as much as possible before you discover that it doesn’t really work as promised.

Can You Really Make Money With Profits Passport?

Well, technically you can, but realistically you won’t.

The Profits Passport scam has been really hyped-up to make the opportunity of earning money seem like it’ll be really easy but the simple truth is that it won’t be.

That’s why the Profits Passport displays the following disclaimer at the bottom of their website in extremely small font:

Making money with Profits Passport lies entirely upon you being able to get new people to join after you & invest between $2,000 to $16,500 in the “hope” of earning something back.

Do you think many people will be willing to do that?

Most people will simply take one look at Profits Passport & think “what a scam“.

Is Profits Passport a Scam?

In my opinion, Profits Passport is 100% a scam. The whole thing is just an old-school Ponzi scheme which involves passing money around in the mail in the hope of earning some back.

Sadly, however, the only person that’ll really find themselves earning money from the Profits Passport scam will be Mr David Dekel who’s sitting right at the top of the scheme.

The rest of the members that join will likely just find themselves losing $2,000 (or more) in the mail.

And it’s therefore safe to say that I do not recommend joining Profits Passport.

Instead, as I mentioned further up in this Profits Passport review, if you truly want to earn good money & don’t want to risk falling victim to a scam, you should just stick with a legitimate method such as affiliate marketing.

Affiliate marketing is the exact same way that I personally make most of my own money online & it’s one of my top-recommended methods because it’s completely newbie-friendly.

You can learn more about it here if you ‘d like.

But whatever you decide to do, I just hope that my honest Profits Passport review here has given you a good insight into how the Profits Passport scam works & hopefully it’s helped you to avoid it.