The Ecom Formula which is a program that’s been put together by a guy named Neil Atkinson promises that it can easily enable you to make as much as $42,703.96 per month through eCommerce – even if you’ve never previously made a single penny online before. 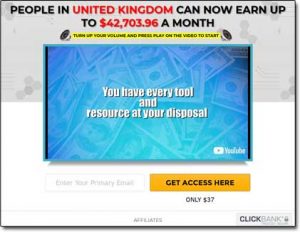 But I think you’ll agree with me when I say that’s an awful lot of money… And if it’s so easy to make that much money then why isn’t everybody doing it?

Is The Ecom Formula a scam or is it really a legit way to earn online?

No doubt that’s what you’re probably wondering, but don’t worry because you’ve landed in exactly the right place to find out once & for all. In this review I’m going to be uncovering everything there is you need to know, explaining how it all really works & going over whether or not you can actually make any money with it.

What Is The Ecom Formula?

So as I briefly touched on above The Ecom Formula is an eCommerce training program that’s been put together by a guy named Neil Atkinson. Neil claims that he himself makes around $2 million per year through eCommerce sales, and he states that his program will help you easily earn a whopping $42,703.96 per month – even without any prior experience.

You’re basically led to believe that all you’ll need to do is sign up, follow some simple steps & that you can begin making money almost right away without any sort of great deal of work being required…

The problem though is that in reality that couldn’t be further from the truth.

Neil also claims that the alternative method of making money known as affiliate marketing is “dead”, and that you can’t make money with it any more… This is just more BS though because that’s the exact method I use to generate over $10,000 per month.

It seems to me that Neil is merely just trying to trick you into signing up by making false promises so that he can earn himself $37 at your expense… Just like all of the other bogus programs I regularly expose.

However I won’t brush it off so quickly, instead, I’ll take a look at how it really works to see if there’s actually any substance to his program at all… I mean $42,703.96 per month is obviously extremely unlikely – but can you make any money from it at all? Let’s take a look…

How Does The Ecom Formula Work?

Well after handing over the fee of $37 Neil does indeed provide you with access to some training as promised, but this is where things get pretty disappointing pretty quickly.

The “training” you get access to literally consists of just a mere 4 PDF files & 9 videos.

So as I suspected the whole thing is more a “trick” than anything else. It’s just been designed to hype you up about the potential opportunity of making money so that you’ll hand over $37 to “try it out”…

Then after handing over the $37 you’re just left to find out the hard way that the whole thing doesn’t really deliver on its promises. Instead, you just get provided with some low-quality training that won’t really help you to get started at all.

In my opinion, rather than spending $37 on a bogus program like this you’d be better off just joining a legitimate, free & proven program like Commission Academy. You’ll be much more likely to find success there.

The Method Is Legit, But The Training Is Junk… 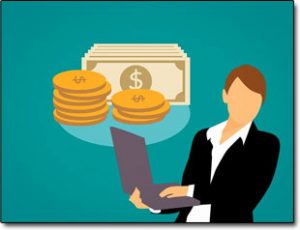 As I say, the actual method of making money via eCommerce is indeed legit… It definitely can be done & there are many people doing it… But the training provided by The Ecom Formula will not help you one bit.

As opposed to being designed to help you make money like it claims, in reality it’s just been designed to make it’s creator wealthy at your expense instead. It’s totally misleading & has been built around deceit.

One thing I will point out though is that while yes, eCommerce is something you can make money from… Ultimately as far as I’m concerned affiliate marketing (which you can learn more about through Commission Academy) is a much better option.

The reason I say that is because when it comes to eCommerce you have to research & source products, and then if you don’t manage to sell those products then you’ll end up stuck with them (and you’ll also be out of pocket). On top of that, you’ll have to keep up your marketing efforts & it’s unlikely to ever become “passive”.

With affiliate marketing on the other hand there is no outlay for products, and you can just promote different products whenever you like without having to mess around trying to get rid of your stock… You don’t even have to keep stock.

Plus with affiliate marketing if you keep working at it then things can eventually become passive so that (if you want to) you’ll only have to spend a couple of hours per day working the business & you’ll still be able to generate a good income.

So, in my opinion, anyway affiliate marketing is hands down the winner… The only reason Neil Atkinson (the creator of The Ecom Formula) says it’s dead is because he just wants to trick you into buying his program.

Anyway that brings me onto…

Is The Ecom Formula a Scam?

Well, it’s not really a scam as such since you do actually get some training in return for your money, but it’s clear to me that in reality the whole thing is not set out to help you make money as it claims… It’s just set out to make the creators wealthy at your expense instead.

For that reason I won’t be recommending The Ecom Formula system to you because I feel that if you were to hand over $37 and join the program you would likely just be left feeling disappointed at what you were to receive.

The training that’s provided to you is so poor you’d be hard pushed to make so much as a single dollar through the program, let alone the promised income of over $42,703.96 per month.

As I say if you really want to make good money online you should look into affiliate marketing instead – and as I mentioned earlier in this review the best place to get started with that is a place called Commission Academy.

Alternatively though even aside from both eCommerce & affiliate marketing, there are still many other ways you can make money online.

But anyway whatever you decide to do I just hope that my review here has given you a good insight into how it all really works & I hope it helped you save your hard-earned cash. If you do however still happen to have any further questions or comments then don’t hesitate to leave them below & I’ll get back to you as soon as possible.