Ever wondered just how true that statement actually is?

Well, I’ve decided to take it upon myself to find out once and for all…

And towards the end of the this post, I’m also going to be sharing a foolproof step-by-step strategy for making your very first million too (even if you’re starting from nothing)…

First though – considering at the time of writing this post the bank of England’s interest rate is at a ridiculously low 0.5% you might be quite surprised to find out that the standard interest you’d get on a million would be just £5,000.

Now don’t get me wrong getting £5,000 a year for doing nothing isn’t bad at all but I imagine that you were likely expecting it to be a lot more.

And notice how I say “your million” like you already have it – you might not yet, but you can certainly be on your way if you follow my step-by-step guide further down this post.

The first alternative thing you could do with your million is put it into a savings account – this will probably see your interest rate getting bumped up to around 3% (earning you a more modest £30,000 per year) but the chances are you won’t be able to touch your money because if you do you’ll likely see the rate drop substantially.

You’ll also be subjected to paying income tax on this interest of course too so the real amount hitting your account will probably be somewhere around £23,000 per year – still a pretty sweet figure though I think you’ll agree – certainly much better than that lousy £5k. 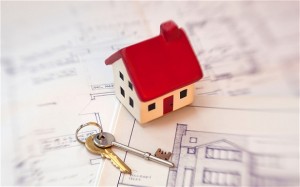 The second alternative thing you could do is invest in property & rent out the houses – this would generally see you an average return of around 5% per year, giving you more leverage on your money & moving your profits up to around a much more comfortable £50,000 per year.

But that’s without taking additional costs of buy-to-let into account – things like insurance, letting agent costs, market fluctuations, repairs & eventual selling costs could take out a huge chunk of that amount overall. Still, if done right it should see you a nice yield.

And the third alternative thing you could do is play around on the stock market – this, of course, involves a lot of room for error but if you know what you’re doing or enlist the help of a professional you could potentially see returns of around 5% right up to 15% & above per year.

Investing in stocks could potentially see you earning over a whopping £150k per year, so it really is true when they say that money makes money – but be aware higher return generally comes with higher risk.

Think you could live off a million without ever working again? Find out here.

How To Make 1 Million Pounds In 1 Year (or Less)

I’ve personally used this exact method myself & it enabled me to leave my job as an electrician (which you can find out more about here) – and frankly, if you’re not already leveraging the internet to make money then you’ll soon find yourself getting left behind.

Firstly let me just stress the fact that you don’t need to be some sort of tech whizkid or guru to make money on the internet – those days are long gone, these days it’s accessible to everyone regardless of your experience… So no excuses!

Providing you’ve got a PC or mobile phone & an internet connection you’re good to go (which being here reading this post I’m assuming you have).

To make 1 million pounds in 1 year you’d need to make roughly around £2,740 per day which might sound like a lot of money but given that the internet is online 24/7 if you were able to generate a passive income in reality that means you only need to make around £114 per hour.

And £114 per hour doesn’t sound crazily out of reach does it?

Yet if you nail that number then after 1 year you’d officially be a millionaire.

The internet provides you with an amazing opportunity called affiliate marketing which is basically where you connect people with the products they’re looking for online & get paid commissions in return.

The commissions can quite often range into hundreds (and sometimes even thousands) of pounds per sale – but the best part is that you don’t have to do any of the selling or any of the product handling/customer support.

You literally just act as the middleman that connects the person with what they’re looking for – so if they search for something via Google & click through your link you get paid even though Amazon (as an example) handles the entire sale & you only referred the customer.

In my opinion, it’s the without a doubt the best way to make money online & it’s actually really easy to get started – here’s some free training to help you get started.

But anyway the reason I started talking about this is because affiliate marketing is something that can ultimately provide you with a passive income because once your links are “out there on the web” you can essentially earn money around the clock, even whilst you’re sleeping.

Somewhere around the world, it’s daytime & there’s always somebody online so all it takes is somebody to click on your link, make a purchase & you earn a commission.

This means that if you find an affiliate program that pays you £114 per sale (which there are thousands of) then you literally only need to make 1 sale per hour in order to generate the million in a year.

But even if you only decided to promote a product that paid £10 commissions if you still made 1 sale per hour then at the end of the year you’d have generated a whopping £87,600 of income online.

That is the power of the internet!

Which is what many people are beginning to realize – and that’s why you’re probably noticing more & more people starting out online. It’s an absolutely goldmine if you know what you’re doing.

And thankfully I’ve fixed you up with some free step-by-step training here.

Conclusion – The Interest on 1 Million Pounds

To put it frankly as we’ve found out at the moment the standard interest rate on a million pounds sucks, but if you do have the million stored away then there are plenty of alternative opportunities for you to bump up those rates.

Therefore realistically if you have a million pounds that you don’t need to touch then you should be able to see yearly returns of around £20,000 to £50,000 which I think you’ll agree is a pretty tidy sum.

But after-tax & everything else could you really live off the million itself?

Or if you won it tomorrow do you think you’d be able to quit your job & never work again?

2 thoughts on “What’s The Interest On 1 Million Pounds?”