The Copy and Profit system (found over at PaidLikeChristina.com) has been put together by a lady named Christina Delgado & it claims to provide you with the ability to begin earning as much as $1,000 or more per day with ease, even if you’ve never previously made money online before. 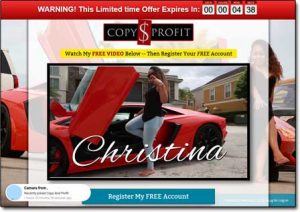 But is it actually legit? Or is the Copy and Profit system a scam that’ll just make Christina wealthy but not you?

Thankfully you’ve landed in exactly the right place to find out because I decided to take a closer look into this system to see what it’s all about & in this honest review I’ll be uncovering the truth about how it all really works, and of course details on whether or not you can really make any money with it.

What Is The Copy And Profit System?

The Copy and Profit system just recently launched not so long ago & it’s a pretty bold system to say the least. It promises to provide you with a super-easy way to begin making thousands of dollars per day online even if you have absolutely no experience whatsoever… 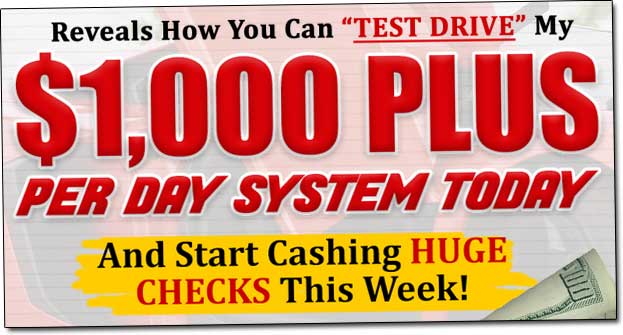 And that’s probably got you thinking that it’s a scam, because usually when something sounds too good to be true, it is!

Well, I can tell you that Christina’s Copy and Profit system isn’t really a scam, but in the same breath, it isn’t really going to help you either as you’ll soon see in just a moment when I explain exactly how it works.

How Does The Copy And Profit System Work?

In short, the Copy and Profit system is basically one of those systems where you sign up to it to learn how to make money but then later find out that the way you make money with it is by getting other people to sign up just like you did.

And the truth is that the Copy and Profit system is just a promotional funnel which has been put together by Christina with the primary intention of getting you to buy into something called Copy Profit Success Global which is a business opportunity she’s involved in. 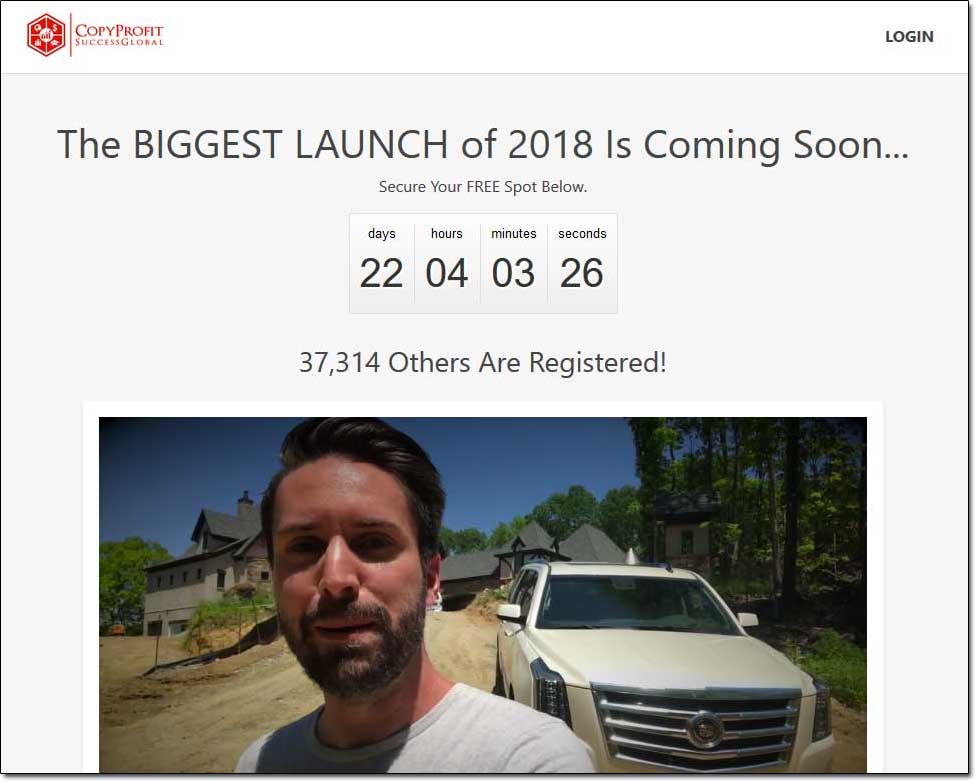 The more people she can get to sign up & invest with Copy Profit Success Global the more money she makes, and that’s why she’s put the Copy and Profit system together, to try and get more people to sign up underneath her.

So when Christina says that you can get started with the system for free, in reality that’s not quite so true. I mean yes… You can initially create an account for free, but ultimately you are going to have to spend money.

Okay so let’s take it from the top. Christina Delgado has come across an online opportunity named Copy Profit Success Global which is a Forex trading training program… But it also has a network marketing opportunity attached.

So Copy Profit Success Global teaches it’s members about Forex trading, but it also lets members earn money by referring others, and because it works on a multi-level marketing compensation plan this means they can earn from multiple levels of their referrals.

In my opinion, these things fall too closely to being classed as pyramid schemes (which are illegal) and that’s why I don’t bother with them. There’s a good chance that they could get closed down at any time, just like MOBE recently did, and if that happens then you’ll lose all your money. It’s super risky.

Anyway basically Christina is part of Copy Profit Success Global & in an attempt to get more & more members signing up to the opportunity underneath of her she has created her own system, the Copy and Profit system.

This is basically enabling her to build a massive team inside of Copy Profit Success Global & that’s why she’s seeing so much success.

But will it really help you? No!

Essentially whilst you could make money through the Copy Profit Success Global program, the likelihood is that you won’t. Instead, you’ll probably just end up spending more on the membership than you ever manage to make back in profit.

And the reason I say that is because it’s an MLM and it’s a proven statistic that very few people succeed in MLM companies. The people at the top (like Christina) with all of the referrals underneath of them make money for sure, but those that get in after & end up further down the line will find it much more difficult.

I mean just look at all of the efforts Christina has gone to in order to make money from Copy Profit Success Global. Do you really plan on creating your own system like her? Do you even know how to do that? And do you know how to market it? If not, I would avoid the whole thing, to be honest.

You’d be much better off with a program like Wealthy Affiliate where you can learn the steps you need to take to begin making money for free. It’s there that you’ll truly be able to find success online.

Overly hyped programs like the Copy and Profit system & the Copy Profit Success Global don’t tend to last long either. Usually, they appear, the big name marketers promote them, make a load of cash at the expense of others & then the company disappears & those marketers promoting it move onto a new one.

I Mean, It Is Possible To Make Money

I said at the start of this review that it was going to be an honest review & I truly meant that, so I do want to stress the fact that you can indeed potentially make money with Christina’s Copy and Profit system.

I’m not saying it’s a flat out scam or anything like that, I’m just saying that the whole thing is a lot harder than it seems, it’s costly & it’s primarily been designed to make Christina more money as opposed to you.

However providing you can get others to sign up to it & invest just like you did, and providing you’re willing to work with that sort of business model (a business model which almost resembles a pyramid scheme) then sure… You could make money with it.

But just know that the risk is very great, and in my opinion, it is simply too great, which brings me onto…

Is Christina’s Copy and Profit System a Scam?

As I just said above it’s not really a scam as such, but in my opinion, it is quite deceiving since making money with it is a lot harder than it’s made out to be & it actually essentially tricks you into signing up to something else.

So for those reasons I am not going to be recommending the Copy and Profit system to you because I think that if you hand over your cash & sign up to it you’ll probably just find yourself disappointed with your results.

If you really want to make good money online then I would suggest you just check out a legitimate and proven program like Commission Academy instead. It’s there that you’ll get the proper training & tools you need to make a real income online… There’s no need to get drawn into gimmicks like Christina’s system.

But anyway whatever you decide to do I just hope that this review helped you make a better decision as to whether or not you really wanted to join this system & I also hope it gave you a good insight into how it all really works.

If you do still happen to have any further questions then don’t hesitate to leave them below & I’ll do my best to get back to you as soon as possible.