Instant Payday Tricks by Ed Roberts (found at copyhissuccess.com) is a newly launched website that promises to provide you with various ways to earn as much as $1,000 per hour with minimal effort, right from the comfort of your own home. 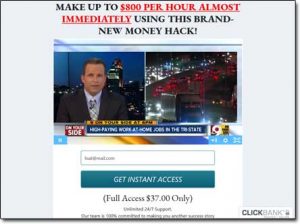 You’re led to believe that even if you have no experience at making money online you’ll be shown the exact steps you need to get started & provided with everything you need to generate “life-changing profits”.

But is it all actually legit? Or is Instant Payday Tricks a scam that’ll just result in you spending money but not actually making any back?

Well, thankfully you’ve landed in the right place to find out because in this Instant Payday Tricks review I’m going to be uncovering everything you need to know.

What Is Instant Payday Tricks?

I’ll be upfront & tell you that based on my experience, right from the off the whole Instant Payday Tricks website sure looks like a scam. It immediately makes very bold claims & promises you that can easily earn as much as $800 per hour with a “brand new money-hack”.

So whilst I’m doubtful that it works at all, I’ll still look into it & see what it’s all about because who knows, maybe there’s some substance to it… And whilst it’s extremely unlikely to earn you anywhere near as much as $800 per hour, maybe you can still earn a little bit through the site at least…

The whole thing as I mentioned above is supposed to have been built around a “money-hack” and it’s through this so-called “hack” that you’re supposedly going to be able to generate your profits.

Ed Roberts, the guy behind it all claims that you don’t even need any experience at making money online, and he states that several people including students & retirees have already begun making thousands thanks to his system.

Retired truck driver Ted Reed for example (as shown below) is said to have already made $6,600 and there are several others you’re introduced to in the video who have supposedly done the same. 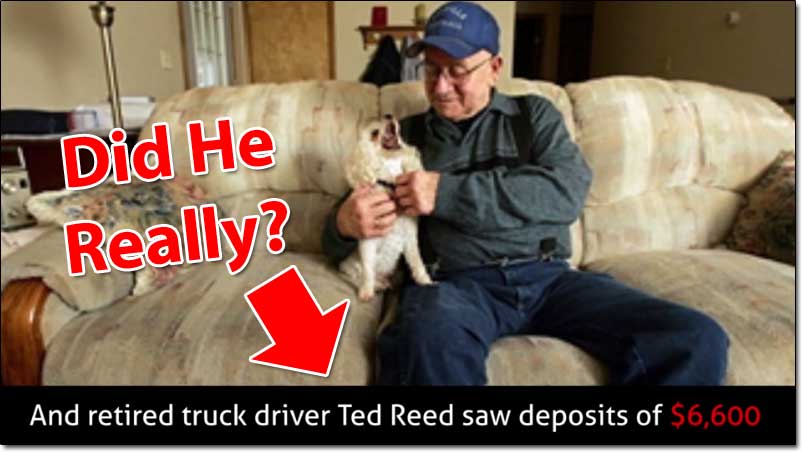 But have they really made this money? Or is it all just lies to trick you into handing over $37 so that the creator of the whole thing can get rich at your expense instead?

Well considering our guy “Ed Roberts” isn’t even a real person (as shown in the disclaimer below) & that the true creator of the whole thing therefore remains anonymous I’m leaning towards the latter of those 2 – but nevertheless we’ll still take a look into exactly how it all works to find out for sure. ?

How Does Instant Payday Tricks Work?

Well, one thing I can tell you for certain is that if you sign up to the Instant Payday Tricks system with the hope of receiving access to some sort of “money-hack” as you were promised then you’ll find yourself very disappointed.

In reality, all you get access too after handing over your $37 is some basic training on making money online, and the training videos provided to you via the system can be found for free elsewhere on the web.

Not to mention the fact that to actually get to the training videos you have to click through multiple pages of upsells where the creator tries to get even more cash from you & asks for several hundred more dollars.

As to exactly what these upsells get you I don’t really know, I wasn’t interested – but going off the quality of the main $37 product itself I wouldn’t get my hopes up about them containing any miracles.

Well the primary method you’re taught via the Instant Payday Tricks system is affiliate marketing & I’m not gonna lie this is a pretty darn good method for making money online – it’s actually the same method I personally use myself.

However, the biggest problem is that whilst affiliate marketing in itself is good, the training provided to you via the Instant Payday Tricks system is so rubbish it won’t help you get started at all. Instead, it’ll just leave you confused, frustrated & probably even worse off than you were before you started.

If you really want to learn affiliate marketing there’s no need to spend $37 on an overly hyped program like the Instant Payday Tricks system either because you can actually get legitimate training for free over at Commission Academy.

Again though the quality of the training is poor, and the videos inside of the system have actually just been pulled from YouTube meaning you’re essentially paying for content that you could just get for free.

To be honest, it doesn’t even look like the creator owns the videos either, it just looks like he’s searched through YouTube & put a whole bunch of videos together that he’s found as none of them follow on from each other as a proper training program would.

So in answer to the question yes, you could make money from the methods taught through the Instant Payday Tricks program but because the training there is so poor you’ll likely struggle to do so.

Then There’s The Fake News

A common trait of scam systems is that they shunt together various work from home related news clips in an attempt to trick you into thinking that the system itself has actually been featured on the news. 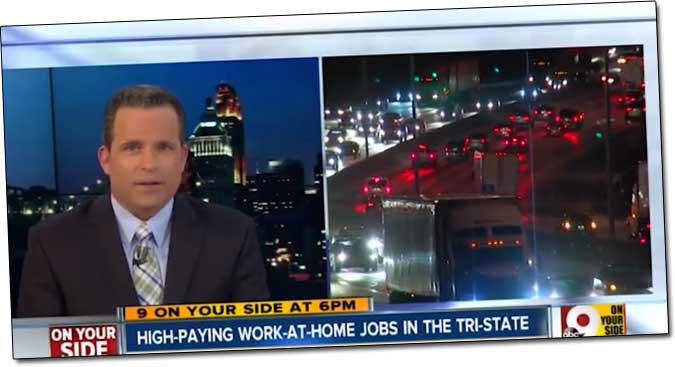 This is the case with the Instant Payday Tricks system, and it’s possible that after visiting the website you too had assumed upon watching the video that the system had been endorsed by various news channels… But this is not the case.

The reason the news presenters are talking about work from home, in general, is that there are indeed legitimate ways to make money from home – it’s just that sadly there’s a lot of bogus ones too (like the Instant Payday Tricks system).

It’s here I’ll point out that if you’re looking to make a full-time income online then one of the best legitimate programs I’ve come across to date to help you do that is a program called Commission Academy.

But anyway moving onto…

Is Instant Payday Tricks a Scam?

Well, it’s not really a scam as such, but it’s very deceiving, to say the least & there’s no way you’ll end up easily making $800 per hour as the people who’ve put this system together claim you will.

The truth is that you probably won’t make any money at all with it – instead, you’ll just find yourself spending more than you actually ever manage to make on the monthly membership of $37.

The only positive side is that the product is sold via a third party merchant named ClickBank & usually if you contact them directly they’re pretty good at offering refunds to people who feel disappointed.

So overall I won’t be recommending the Instant Payday Tricks system to you because as far as I’m concerned it’s just been set up to make its creators rich at your expense – it hasn’t really been set up to help you make money. Plus there are much better ways to make money online.

But anyway hopefully my review here has helped you save your cash & hopefully it has given you the insight that you were looking for into how the Instant Payday Tricks system actually works. If you still happen to have any further questions then don’t hesitate to leave them below.