The Optimize Success Portal website claims to provide you with access to “the most powerful profit cranking automatic system” & leads you into believing that you’ll be able to make lot’s of money on complete auto-pilot. 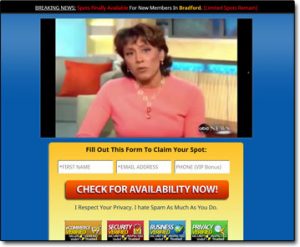 But obviously that’s a pretty bold claim to make – I mean if you could really make money as easy as they say then why isn’t everybody doing it? There’s gotta be a catch so what’s the deal?

Is it actually legit or is Optimize Success Portal a scam that’ll just see you spending money rather than making it?

Thankfully you’ve landed in the right place to find out because I’ve taken a closer look at this system & in this review, I’ll be uncovering everything there is that you need to know including how it all works & whether or not you can really make any money with it.

What Is Optimize Success Portal?

To put it simply, Optimize Success Portal is a website that claims it can provide you with the ability to generate easy riches online. You’re led to believe that you can pretty much just sign up & start making money right off the bat, even without any skills or experience…

In fact, the website welcomes you by telling you “congratulations, you just hit the jackpot” – and upon landing on the page that’s what it might initially feel like for you, especially if it’s the first time you’ve come across this sort of thing.

But it’s likely that you’ll still be sceptical about the whole thing – and that’s probably why you’ve landed up here at this review. I can tell you right from the off though that it’s a good job you were sceptical because the whole thing is not what it seems.

I’m sorry to be the one to burst the bubble but the Optimize Success Portal is actually nothing more than a get-rich-quick scam & in reality rather than being set out to help you make money, the only thing it’s really set out to do is take money from you to make the creators rich at your expense.

How do I know that? Simple – I’ve seen this exact scam launched several times before under various different names. Some of the names it’s previously launched under include the Simple Money Report & My Optimized Success Plan.

The reason they keep changing their name is simply so that they can escape the negative reviews & continue scamming people – I can tell you that it’s certainly not a system to be trusted.

But obviously I don’t expect you to just take my word for all that, so instead let me show you what’s really going on here so that you can see yourself how it all works (or should I say doesn’t work)…

How Does Optimize Success Portal Work?

You see MOBE is a program that claims to teach people how to make money online. Through it, you’re led to believe that you’ll get access to some sort of “done-for-you” business and everything else you need to get started…

Well, this is half true, but in order to get access to the full MOBE program, you’ll first need to invest around $50,000 – an insane amount in my opinion.

I mean that’s the basics of it all anyway… Of course, they do provide you with some training inside but as far as I’m concerned it certainly doesn’t provide value for money (not considering the crazy price) and that’s why I choose not to recommend it in my review.

But anyway yeah, the person behind the Optimize Success Portal website is an affiliate of MOBE – this means that they’re simply set out to get as many people as possible to sign up to MOBE & invest as much money as they can.

They’re not really interested in your success – they’re just hungry for the commissions!

So hungry for them in fact that they’ve gone out of their way to create their own website – the Optimize Success Portal website. The reason they’ve done this is to hype up the opportunity in an attempt to get more signups.

You see through the Optimize Success Portal website they lead you into believing that you’ll be able to make money really quickly & easily – and that pretty much everything is already done for you.

Nothing about it is easy at all & that’s why most people simply end up failing. According to MOBE’s income disclaimer the majority of the people that join the company end up spending more than they ever make back.

To make things worse if you go through the Optimize Success Portal website rather than signing up to MOBE directly you’ll have to pay an additional $97 – this is because the creators of that website have added their own product to the whole thing too. Though it’s hardly worthy of actually being called a product because it’s just some really low-quality training showing you how to get started…

And when I say “get started”, basically all it does is push you through into MOBE… So you’re essentially just paying for something that is telling you to pay for something else.

Red Flags Right From The Start…

Just seconds after landing on the website of this system I knew I was likely looking at a scam – that’s because it displays all the typical red-flags right from the very start, such as pieced together news clips, banners telling you that limited spots remain, and hyped up claims promising you lot’s of easy money…

As the saying goes “if it sounds too good to be true, it probably is”…

But as I mentioned above one of the most common tricks these get-rich-quick scams use is piecing together news clips to try & make the whole thing seem legit. After all, if you think it’s been featured on the news you’re likely going to think it’s real… 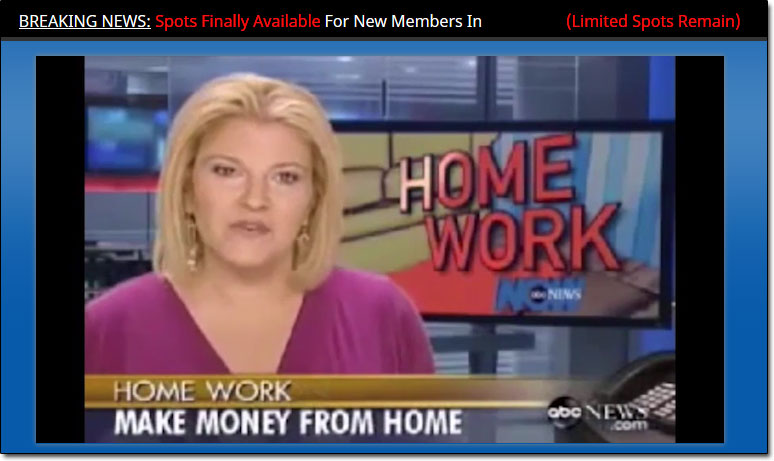 The problem though is that if you actually take notice of the clips none of them mentions the name of the system – that’s because they’re not actually talking about the system in question (like the creators want you to believe)… They’re just talking about work from home opportunities in general.

Yes, it’s possible to generate a full-time income from home – but I can safely say the Optimize Success Portal is not going to be the website that will help you do it.

If you really want to learn how to get started the right way then I suggest you check out a legitimate program like Commission Academy instead. That’s a step-by-step program which has helped many people across the world break out of their 9-5 (and it’s free to get started with).

Is Optimize Success Portal a Scam?

Whilst the program that it refers you into (which is MOBE) is technically legitimate, the way the Optimize Success Portal sells you into it is very misleading & therefore I will say that yes, in my opinion, it is a scam.

It’s clear to me that the owners of this particular system are not really interested in your success, they just want to squeeze as much money out of you as possible so that they can get rich at your expense… Don’t fall for their tricks.

And as mentioned earlier in this review whilst MOBE itself is legit – it’s a very expensive & high-risk program. It’s certainly not the right place to start as far as I’m concerned especially if you’re new. Again in my opinion Commission Academy is a much better alternative if you’re looking to learn how to build an income online because there’s no high cost involved like there is with MOBE & the training there is much easier to follow.

So overall I am not going to be recommending this program to you because I don’t think it will provide you with any value at all & I think if you signed up to it you’d only find yourself disappointed at what you actually received.

If you do happen to have any further questions or comments about it though then don’t hesitate to leave them below.