Panel Bucks poses as a legitimate paid survey website & promises to provide you with enough surveys each day to help you make a good income from home. You’re led to believe that you can simply sign up, start taking surveys & begin earning almost right away… 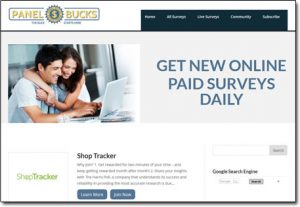 They even claim to offer you a $25 bonus just for signing up, but I think you’ll agree with me when I say it sounds a little too good to be true… So what’s the deal, is it actually legit or is Panel Bucks a scam that’ll just see you wasting time rather than making any money?

Thankfully you’ve landed in the right place to find out because I’ve taken a closer look into it & in this review I’ll be uncovering everything there is that you need to know, including how it all works & whether or not you can really make money with their surveys.

What Is Panel Bucks?

It’s what’s known as a “survey aggregator” site which basically means rather than actually providing you with surveys directly, it just tricks you into signing up & then redirects you through to various other survey websites so that the creators can earn money when you sign up via their links.

To be honest even though you can access paid survey companies without having to sign up to sites like Panel Bucks, this in itself isn’t all that bad – providing of course that they were redirecting you to legitimate survey sites…

The real problem is that Panel Bucks doesn’t redirect you to real survey sites – instead they redirect you through to phishing scams that attempt to install software on your computer to steal your details.

For example after clicking on one of the so called “surveys” inside of Panel Bucks, this is what I was presented with: 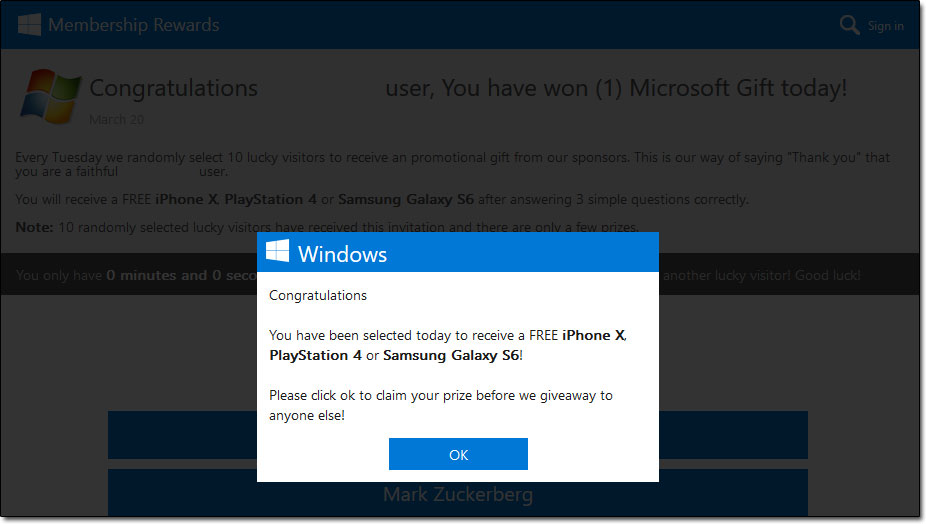 It’s a fake Microsoft site & it claims that I’ve been selected to receive a free iPhone X, PlayStation 4 or Samsung Galaxy S6… Obviously though it’s a total lie, it’s just a trick to get you to fill in a survey or download some software.

And I absolutely wouldn’t recommend doing either of those things, because if it’s pretending to be the Microsoft site (which it clearly isn’t based on the web address that displays in your browser) then it is almost certainly set out to scam you.

How Does Panel Bucks Work?

Basically Panel Bucks hasn’t been designed with the intention of helping you get paid surveys at all, it’s merely been designed purely to make it’s creator as much money as possible at your expense… By tricking you into signing up to scams.

Whoever is behind Panel Bucks (surprise surprise they keep themselves anonymous) has affiliated themselves with various scams. This means if they can get you to sign up to the scams & invest money or install software etc then they’ll get paid big commissions…

So essentially Panel Bucks is just a ploy to trick you into signing up to these scams.

At first you’re lured in with the promise of receiving access to high paying surveys & as mentioned earlier in this review you’re even promised a $25 bonus just for signing up… But again this is totally fake.

One of the major red flags is the fact that they promise insane amounts of up to $75 per survey (as shown below) – you see paid survey companies are renowned for paying out very little & any site that promises to pay large amounts is likely trying to scam you.

The internet provides you with great ways to make money but you are not going to make that kind of money by just doing something super easy that anybody could do such as filling in paid surveys… Like I say, it’s just a false promise designed to trick you into signing up.

Like I say, all of the “surveys” listed inside of Panel Bucks are totally bogus. Take the one below for example:

For a start it’s not even a survey at all, it’s a work from home opportunity that claims you can make $400+ from home – but when you click on it you’re redirected through to the Automated Daily Income system which is a known scam that I’ve already exposed on this blog.

So clearly the Panel Bucks website is just 100% bad news & should definitely be avoided.

Is Panel Bucks a Scam?

Well technically Panel Bucks itself isn’t a scam but it’s extremely misleading & it does redirect you through into various 3rd party scams & dangerous phishing sites so I certainly won’t be recommending it.

As far as I’m concerned it’s been launched with the sole intention of making it’s creator wealthy at your expense. You’re led to believe that it’s got your best interests at heart but in my opinion this simply isn’t true.

To be honest even if Panel Bucks was legit & did recommend good paid survey sites there’s no need to sign up to sites like that to access them… I’ve put a list of paid survey sites here that you can browse without submitting any details.

So yeah overall Panel Bucks is going to be getting a big thumbs down from me because I feel like it’s solely set out to take advantage of you. If you do happen to have any further comments or questions about it though then don’t hesitate to leave them below.

9 thoughts on “Is Panel Bucks a Scam? My REAL Review Exposes How It Actually Works”