Trident Crypto Fund is a newly launched money-making opportunity that’s surfaced in the cryptocurrency space & it promises to provide its members with the ability to receive “daily profit” from smart investments. 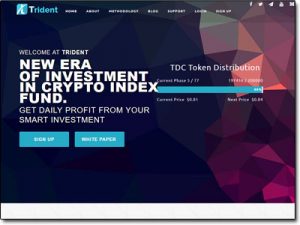 You’re led to believe that making money with Trident Crypto Fund is as easy as signing up, depositing some funds & letting the “system” do the work…

But is it actually legit or is Trident Crypto Fund a scam that’ll just ultimately result in you losing money rather than actually making it?

Thankfully you’ve landed in the right place to find out as I’ve taken a closer look into it all to see exactly how it works & in this review I’m going to be uncovering everything there is you need to know, including of course whether or not you can actually make any money with it.

What Is Trident Crypto Fund?

As I briefly mentioned above Trident Crypto Fund is a website that claims it can enable you to make “daily profits” online & it supposedly does this by tactfully investing your money across multiple different cryptocurrencies on your behalf.

The cryptocurrencies your money will allegedly be invested in via Trident Crypto Fund include the likes of Bitcoin, Ethereum, Ripple, Stellar & so on. They basically focus on the more popular cryptocurrencies as opposed to risking investments with newer up-and-coming cryptocurrencies & they claim this is how they’re able to guarantee daily profits…

However it’s all a little bit concerning to me because the value of many of the top cryptocurrencies has actually been on the decline over the past few months, so I’m unsure as to how they can guarantee “daily profits” when the coins they claim to be investing your money in are actually declining… 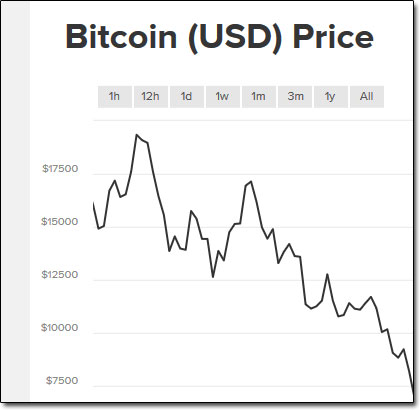 Well, I can kind of clear it up because after taking a closer look into Trident Crypto Fund (which is currently still in pre-launch as I write this review) I found out that they seem to be operating some sort of networking marketing program.

If they are, then this would make the company very similar to the likes of USI Tech & Bitcoins Wealth Club – two companies which were no longer forced to close as they were suspected to be mere Ponzi schemes.

However what I will say is that I’ve seen a lot of posts on social media from people trying to “recruit” others into Trident Crypto Fund which has made me extremely wary about the whole thing.

It looks to me with the whole recruiting thing that’s going on that in reality the “daily profits” could potentially be just coming directly from other members buying into the program rather than “smart investments” being made by the system.

And if that were the case then it would be a Ponzi scheme… Something which could see you losing all your investment (just like what happened to all the members of the BTC Global Team program)… Very worrying indeed.

How Does Trident Crypto Fund Work?

However in reality it seems to me that the whole thing, in secret, is based around recruiting.

So basically you would pay money to profit from Trident Crypto Fund, then you would make money by recruiting others & getting them to invest money just like you did. In my opinion it seems like this is where the money is really coming from…

If it is then as I mentioned earlier in this review it would make the whole thing a Ponzi scheme, and if it was indeed a Ponzi scheme then it would mean you’d be much more likely to lose money than to make it.

The reason for that is because a Ponzi scheme relies on new investors bringing into money to the company… So if people stop investing, money stops coming in & the company collapses. This means that at the point of collapse everybody who had money invested would end up losing it all (since there would be no new money coming into the company to pay it back).

But as I also mentioned earlier the company is still in pre-launch so at this early stage, it’s impossible to accurately say exactly how it works, though in my opinion, it does look likely to be primarily focused around recruiting based on what I’ve seen.

No Company Details – A Major Red-Flag…

Over the past year or so I’ve seen a lot of new cryptocurrency based opportunities launch & it’s safe to say a LOT, in fact nearly all of them have been flat-out scams looking to part you with your cash.

And guess what? Trident Crypto Fund displays no details whatsoever as to who’s behind the operation. No company/owner name, no address, nothing…

And on top of that it appears they have no license to operate within the investment industry either. It’s a government requirement for companies promising ROI’s to not only hold a license, but to display details of it prominently on their website for visitors to see.

Is Trident Crypto Fund a Scam?

Well, in my opinion, the whole thing sure does seem rather dodgy to say the least. It looks like they’re mixing investing with recruiting which means the whole thing could just be a well covered up Ponzi scheme…

It’s certainly not something I’ll be personally getting involved with (or recommending) because it looks far too risky for my liking… And I’m really concerned about the fact that the person (or people) behind the website have chosen to keep themselves anonymous.

From what I’ve seen when it comes to cryptocurrency programs the Trident Crypto Fund website shows all the signs of a cryptocurrency scam & for that reason I’ll be advising that you avoid it because the likelihood is that if you invest you’ll probably just end up losing your money.

As far as I’m concerned there is just no need to get involved with something as risky as the Trident Crypto Fund program when there are many free & legitimate alternatives to make good money with, like Commission Academy for example.

It seems to me that in reality the Trident Crypto Fund program has just been set up to make the creators (whoever they may be) wealthy at the expense of others, and so I won’t be recommending it. They are promising easy money, but the truth is there is no such thing… And that’s why I’m so sceptical of their program.

But anyway hopefully this review gave you the insight you were looking for into the program & helped you decide as to whether or not you really wanted to get involved with it. If you do happen to have any further comments or questions though then don’t hesitate to leave them below & I’ll get back to you as quickly as possible.