You might have heard about this guy – Michael Cheney – claiming to have developed a comprehensive system that can help anyone, even “stone-cold newbies” to earn over $1 million per year online… Well, one of my followers recently introduced me to his 7 Figure Franchise system and asked me to review it. 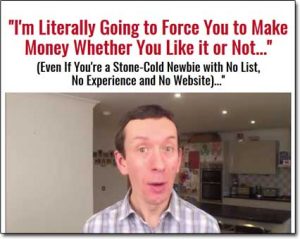 So after spending some time digging into his program, here I am with my 7 Figure Franchise review… And I’ll admit that I was actually pretty intrigued by it because whilst the claims Michael makes in his video are next to impossible, the presentation is so good that it doesn’t actually reflect any hint of a scam (not at first glance anyway)…

But before you decide to accept or reject his offer you must ensure you know how his system really works. Is 7 Figure Franchise a scam or has Michael actually developed such a powerful program? As usual, I’ll first introduce this website to you to give you a clear idea of the advertised concept of this scheme, then I’ll share with you my opinion on the whole thing & outline whether or not you can actually make money with it.

What Is 7 Figure Franchise?

This is a single-page website which is full of screenshots reflecting various transactions and testimonials. By the end of the page, there are a number of testimonial videos as well. But we’ll stick to the main video presentation at the top of the page.

Michael Cheney, the mind behind the 7 Figure Franchise program grabs your attention by shouting-out that he’ll literally force you to make money regardless of your desire to have it or not. This is interesting! Actually, Michael is smart enough to know that whoever visited his page really wants to earn money. Who on earth doesn’t want to make easy money from the internet without having to do something considerably tough? The text advertisement then claims that this program doesn’t require expertise and that even a “stone-cold” newbie can generate the desired results even he/she has zero experience as shown below:

The video script is very powerful and engaging. Michael introduces himself and his happy family. Then he tells the viewers about his current lifestyle which consists of more fun than fatigue. Michael stresses on the importance of having more time for fun, family, and kids. According to Michael, he had developed and finalized this system over the last ten years and he worked hard to polish it to perfection so that others can now enjoy a lifestyle similar to his.

Michael makes a huge claim that his system is now able to generate over $1 million every year for it’s members, and he even goes on to say that it doesn’t require you working long hours… In fact, he claims he personally makes over $1 million per year with it himself whilst allegedly only spending 5 hours a day just to keep an eye on the proceedings. He stresses that it won’t bound you so that you’ll be free to schedule your routine without worrying about the system because it will keep working automatically… Apparently.

Michael, during the video, brings in one of his kids’ automatic toys to explain that his system works just like this toy. There is no need to force yourself in, he says. Then he hints towards the basic mechanism of the program. He talks about sales funnels, recruitments, and referral programs etc. As soon as I reached this point while watching the video, I sussed out exactly how his program works. There are scores of systems like this and I’ve never recommended any of these programs. 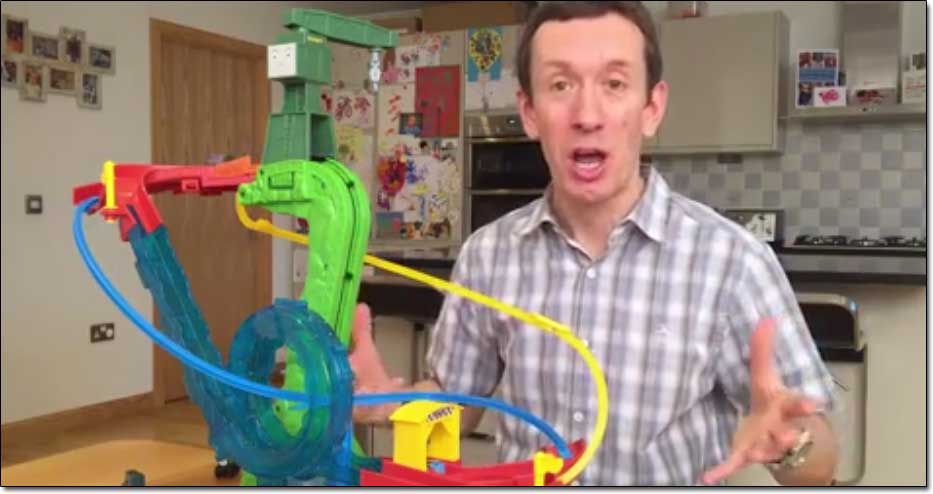 How Does 7 Figure Franchise Work?

Michael himself explains the system in the presentation video. If we trust his words, the system comprises of 7 prime features. You’ll first have to purchase the system. There are a couple of options. You can either make full payment which is $1,997 or else you have the option to pay in two instalments i.e. $1,100 each.

Is The Price Justified?

Honestly, it depends on what the system actually offers. If you are purchasing a $2,000 product then it must generate at least $500 a month, let alone $1 million a year. Being realistic, if the program is good enough to generate somewhere around $400 to $500 a month, I’d not hesitate to purchase it.

Whilst carrying out my research though I actually connected with a few real users of the 7 Figure Franchise program & asked them some questions about it. Surprisingly (or should I say not so surprisingly) none of those I spoke to had ever managed to hit $500 a month. They’re talking an average of $150 a month which is drastically less when compared to $1 million a year.

It seems the system isn’t quite so “polished” as Michael claims it was… And they also stated that in order to earn the $150 per month they were earning they were having to put in a LOT more work than they expected.

Michael advertises the award of 7 benefits upon purchasing this system. The first is $1k commission. You basically have to promote the system and bring in new members. Then when the new members make their payment to “gain access” (just like you did) you’ll earn a commission at their expense.

Then there are also various other affiliate promotions which have been designed by Michael himself that you can promote alongside the 7 Figure Franchise system – but ultimately they’re all pretty similar “make-money” type programs & again you’ll just be earning money by getting other people to sign up & invest.

On top of the other ways of making money via his system, there is another feature called 100% commission which promises big commissions on the sale of various featured products. The most interesting of these offers is a 1 to 1 30-Day training course from Michael… However, Michael sure won’t find much time for his kids and family if this offer is legitimate! So what do you think guys? Sound a bit suspicious right?

I mean, Michael stresses a lot on the importance of free time in life and he begins his presentation video with this idea. So why is he offering a 1 on 1 30-Day training program to all of his members? I mean according to him he loves spending time with his kids and family and he owns this system which allegedly generates him millions so why is he offering to spend all of his time coaching new members? Could you think of a reason? I can’t, it doesn’t make sense…

Either he isn’t actually following through on his promise of coaching people, or he’s working a lot more hours than he claims – I’m not sure but one thing I do know is that he’s clearly telling a lie somewhere which certainly isn’t a good sign.

Is 7 Figure Franchise a Scam?

Not necessarily! Yes, the claims are beyond realistic proportions but the system isn’t an out-and-out scam as such. As far as I’m concerned only the skilled marketers can get back something out of this purchase, so if you don’t have any experience in these online promotional activities and systems then please avoid it – and even if you do have the experience you should still tread carefully with it because there’s no guarantee of an ROI.

Ultimately I feel there are better places to find success online – such as Commission Academy for example. You can get started there for free (meaning no risk) and you’ll get all of the training/tools you need… There’s no need to spend extortionate fees on programs like the 7 Figure Franchise program because there really is no “shortcut” like these things claim.

The truth is that in order to make good money online you need to be prepared to put in the work – the internet isn’t magical & money isn’t just going to fall into your lap without doing anything (or doing very little)… Systems like the 7 Figure Franchise prey on this “pipe dream” to lure you in, but they just leave you disappointed after you’ve handed over you cash.

Like I say though the good news is that if you are prepared to put in the work then you can join a program like Commission Academy instead & get everything you need there without having to put thousands of dollars on the line.

But anyway hopefully my review here gave you a good insight into how it all works & hopefully you can see why I’ve chosen not to recommend it. If you do happen to have any further comments or questions though then of course don’t hesitate to leave them below & I’ll get back to you as soon as possible.