Whilst browsing YouTube this morning I happened to stumble across an advert for one of Tai Lopez’s programs, which naturally featured Tai Lopez himself posing in front of his fancy cars – and it got me pretty curious… Not so much about the program (because I’d already seen it & reviewed it before) – but more about Tai Lopez’s actual net worth… 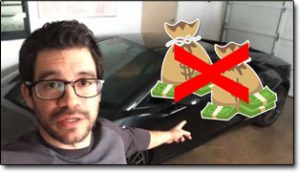 You see over the years I’ve seen a LOT of Tai Lopez – and to be honest you probably have too. If you’ve ever looked into starting a business online (or making some extra money) then his face just seems to follow you around the internet…

But despite seeing a LOT of him, and despite him repeatedly boasting about his success – I’ve never actually seen any mention of his net worth.

I mean just how rich really is Tai Lopez? And how much money has he actually made from his programs?

As I say, I got pretty curious to find out & as a result, I headed straight to Google to run a search for “what is Tai Lopez’s net worth”… But I was actually pretty shocked at the results.

Despite his massive online presence there doesn’t seem to actually be much info about his net worth – and the info that is available just seems plain wrong… So I decided to do some digging of my own to find out once and for all. 🙂

Okay okay, I use the word “mere” lightly there, I mean 3 to 5 million is certainly no amount to be sniffed at, and to most, it is a heck of a lot of money – but come on, did you not (like me) expect Tai Lopez to be worth more??

I mean like I say 3 to 5 million is a good achievement for sure – but for a guy that has many many businesses & self-help programs – as well as a Beverly Hills mansion, Lamborghini’s & Rolls Royces… 3 to 5 million just doesn’t seem right, does it? 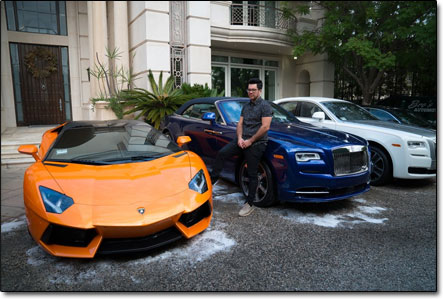 Which brings back the question – is Tai Lopez a scammer? Is he lying about the mansion & cars? Are they just rented?

Or is the 3 to 5 million estimated net worth of Tai Lopez just plain wrong – and is he worth WAY more?

I can tell you that you might be surprised, but first of all before we dive into that, just in case you happen to be a regular blog reader of mine & happen to be wondering who the heck Tai Lopez actually is, then this is for you…

Who Is Tai Lopez?

Tai Lopez, in case you don’t already know, is an online marketer & “self-help guru” – who also allegedly has several offline businesses too. He’s renowned for his YouTube videos & advertisements which would always start out with him stood in front of luxury cars and saying “here in my garage“…

He became so renowned for it that the “here in my garage” thing even became a meme (as shown below):

But due to his videos which many see as pure boasting, he came under a whole load of scepticism. People started to claim that he didn’t really own his Beverly Hills mansion & that it was just rented for the videos – and the same for his cars.

They also claimed that Tai didn’t actually have any offline businesses and that he was just making money by selling courses teaching other people how to make money (whilst pretending to have money) LOL.

In fact, he came under SO much scepticism that I personally ended up taking a closer look into the Tai Lopez scam rumours to see if there was indeed actually any truth behind them (but spoiler alert: there isn’t!).

Tai Lopez as far as I can see is indeed a legitimate marketer/businessman/entrepreneur – and I can tell you one thing for sure, he’s a freaking darn good online marketer which is why he’s become so widely known.

He’s the creator of several well-known programs such as;

And he’s also known for hanging out with high profile figures such as billionaire Mark Cuban & pop-stars like Rihanna – yes, THE Rihanna (shown below): 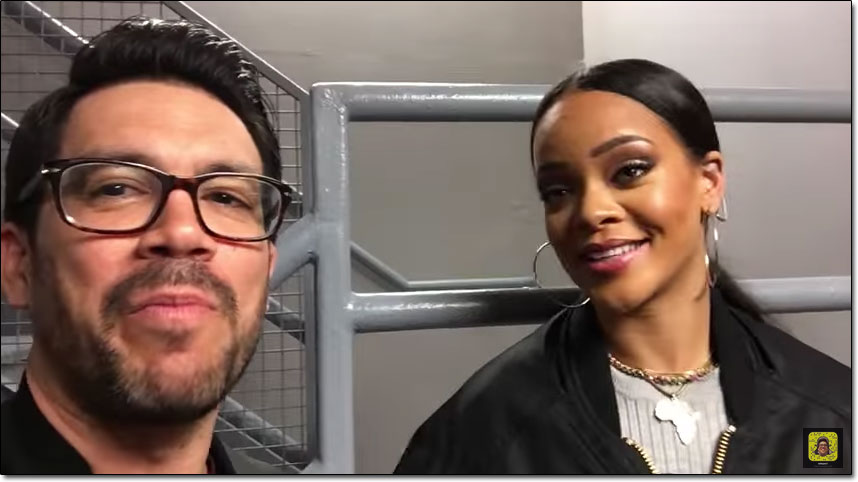 So this brings us back to the original question, Tai Lopez’s net worth – you can now probably understand why I was pretty shocked to see that his net worth was estimated at just a “mere” 3 to 5 million USD.

You would expect a man like that – if it all were true – to be worth MUCH more… I’m sure you’d agree.

So like I say, I did some digging of my own…

What Is Tai Lopez’s Net Worth?

Taken from an article published on HitBerry in early 2018, his worth was estimated to be between $2 to $3 million as shown below:

Another website, Celebrity Net Worth puts Tai Lopez’s net worth precisely at $5 million as shown below:

But in my opinion, both of these estimates seem WAY off, and I personally believe Tai Lopez to be worth a whole lot more than that… Though I don’t just expect you to take my word for it, instead let me show you my proof…

How Much Money Does Tai Lopez Really Have?

The reason I personally believe those figures mentioned above to be wrong is that I too am an online marketer, and I know that Tai Lopez has a solid follower base which if leveraged correctly could quite easily generate him $5 million per year (potentially even per month), let alone in total…

And that’s not taking into account any of his other marketing efforts – such as paid search ads, YouTube ads etc…

You see Tai has an insane number of followers – I don’t know if you’ve ever actually taken notice but he has:

So with that in mind, knowing what sort of follower base he has, let’s now take a look at how Tai Lopez actually makes his money…

In short, his online income essentially comes from 2 sources – products that he’s created which he sells to his subscribers & products that he promotes as an affiliate which he earns commissions from.

Let’s say he promotes an “average” self-help product to his follower base. An average product would likely cost the purchaser around $50 and it’d probably pay something like 60% commission if it is a digital product.

That would be a $30 “in your pocket” commission per sale…

That’s over $3 million USD from just one social media post promoting an offer… Now obviously some of those followers are likely to be the same people (since it’s across different channels) – but regardless for a simple example hopefully you can see why his net worth is likely a heck of a LOT higher than the given estimation of $3 to $5 million USD.

One thing you’ll notice about Tai though is that he actually very rarely puts out promotions – when you take a closer look at the stuff he puts out the majority of it is all 100% value-based, and that’s why he’s been so successful at building such a large following.

Nobody likes people who just endlessly promote stuff… He’s sussed the balance. Give mostly value – and from time to time offer promotions that will genuinely help the subscriber base to solve their needs.

The truth is anybody can do what Tai Lopez is doing – his business model is actually super simple, and you too could even get started with yourself this very same day (even if you don’t have any products of your own).

All you need to do to begin generating income from social media is to become an affiliate of companies – this basically gives you the ability to promote their products (or services) to your followers & earn commissions on any sales that you generate.

It’s the way that a LOT of people are making money right now – and you can learn how to do it (for free) over at Wealthy Affiliate. So if you fancy yourself as the next Tai Lopez then be sure to check it out.

But before you do go, I’d appreciate any comments you might have – what do you think about Tai Lopez’s net worth? Do you agree with me when I say I think it is likely much higher, or do you think the estimations of $3 to $5 million are probably right? Would love to hear your thoughts.