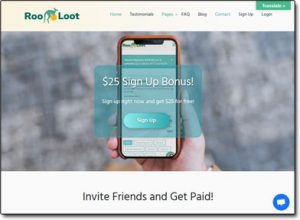 But no doubt you’ll probably agree with me when I say that sounds a little too good to be true… So what’s the truth about it? Is it legit & can you really make money with it like you’re told you can? Or is RooLoot a scam that’ll just see you wasting your time instead?

Well the good news is that you’ve landed in exactly the right place to find out as I myself have personally taken a look into it & in this honest RooLoot review I’ll be uncovering the REAL truth about how it all works, including why it’s so dangerous & what to do if you’ve already signed up.

RooLoot calls itself a social earning network & it promises to provide its members with a way to turn social media into money. It’s available to everybody, but as the name suggests it’s primarily targeted at an Australian audience (with Roo being the Australian nickname for a Kangaroo).

But as I mentioned at the start of this RooLoot review the whole thing just sounds way too good to be true… And if everything at RooLoot is free (as they claim), then how can they afford to pay out so much?

Well this is where it gets interesting because the RooLoot website claims that it generates income from members testing apps & products or completing surveys… But that’s simply not true.

The truth is that RooLoot is actually nothing but a scam, and it’s a very cunning (and dangerous) one too. The reason I can say that so confidently is because I’ve seen this exact same scam many times before under various different names.

Some of its previous names include Viral Bucks, Viral Dollars & Notion Cash. The creator just keeps changing the name & appearance a little in an attempt to lure more unsuspecting victims into the scam – and sadly it looks like it’s working.

But how does the scam work? And what do they gain from it? And what should you do if you’ve already signed up to stop yourself from ending up getting scammed? Well keep on reading and I’ll explain all of that below…

Well in short it doesn’t work – and none of the members of RooLoot will ever get paid because the truth is that it’s actually just a type of scam known as a data-harvesting scam & it’s very dangerous indeed.

The reason it’s so dangerous is because the true intention of RooLoot is to simply trick you into handing over your account details, and then trick you into luring others into the scam too (by pretending to pay you).

So after you sign up to RooLoot (which if you haven’t already done so I don’t recommend doing) the people behind it will then try to find any accounts associated with your details – such as PayPal accounts, social media accounts or even banking accounts.

Either way it’s a lose-lose situation, nothing good will come of signing up to RooLoot.

And the reason they offer so much money for referring people is because they’re then basically using you to promote their scam for them. They’re tricking you into getting others to sign up to it as well so that they can then steal their details too.

However the problem is that you’ll never get paid.

Admittedly they’ve made it seem “legit” by making your account balance increase in accordance with the tasks that you complete however when it comes to withdrawal time they’ll simply claim that “they detected fraud” and as a result your account will coincidently get banned.

That’s why they’re withdrawal limit is set so ridiculously high – so that you have to at least refer a whole bunch of people before you’re able to find out it’s a scam. Most legitimate get-paid-to websites have super low withdrawal limits of around $10 or less.

Proof That It’s Not Legit

The first bit of proof is that as shown below the RooLoot website claims to have been active for 4+ years & it claims to have paid out over 7.1 million dollars to all of its members, however this is all totally fake: 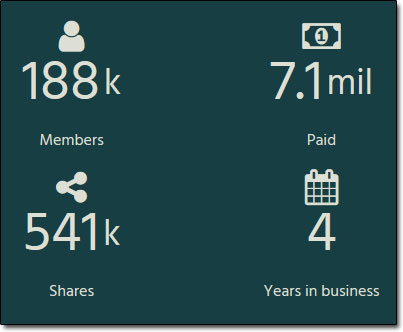 The reason I know it’s fake is because I ran a WHOIS on the domain which shows that the website (at the time of writing this review) has only actually been active for 19 days, so it’s basically brand new:

The other proof I have that it’s fake involves the so-called “company headquarters” address, which is shown below: 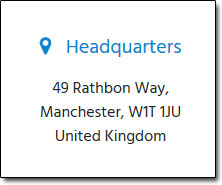 The address “49 Rathbon Way, Manchester, W1T 1JU” is totally made up. How do I know that? Easy – because all postcodes in the area of Manchester begin with the letter M – and there is no “Rathbon Way” in Manchester according to Google Maps.

But whilst Googling the address I discovered something else… The 2 websites that share the same address are 2 more scams exactly the same as RooLoot but under different names. As shown below they’re called UrbansurMoney & Cashooga:

So therefore clearly the whole thing is just a fake, and these other 2 websites Cashooga & UrbansurMoney have likely been setup ready to launch as soon as people start realizing that RooLoot is a scam.

So if you’ve already signed up to RooLoot & you use the same login details elsewhere then I’d advise you change them ASAP, and also if you’ve already referred anybody else into it then I strongly recommend that you share this post with them so that they can do the same.

And if you haven’t signed up to it yet then good, don’t! RooLoot is nothing but bad news & no good will come of joining it. You’ll just see yourself wasting your time promoting it & then getting refused a payout when it comes to withdrawal. The whole thing is just a trick.

The good news though is that there are indeed other legitimate ways to earn money online – however what you must simply realize is that you are not going to get rich by doing little to no work… That’s just a dream.

Yes the internet is great & it provides you with lots of opportunities but it is not magical & therefore if you want to make good money you must be prepared to put in the work to make it happen, just like with anything in life.

Thankfully though if you are prepared to put in that work to make it happen there are proven programs like Commission Academy which you can get started with for free that’ll teach you step-by-step exactly how you can begin making good money.

But whatever you decide to do I just sincerely hope that my review of RooLoot here has given you a good understanding of how it really works & most importantly I hope it has helped you to save your hard earned cash.

If of course you do still happen to have any further questions or comments about it though then don’t hesitate to leave them below & as always I’ll do my best to respond back to you as quickly as I can. 🙂