Bitpetite is a newly launched website that claims to help you transfer money securely across the Bitcoin network, but on top of that, it also provides an investment opportunity through which you’re said to be able to see crazy-high daily returns of 3.6% & above. 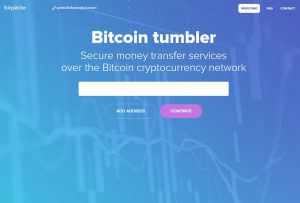 Apparently, there are no entry barriers for investing & anybody can get started with investments as “little” as 0.005 BTC.

But is it actually legit?

Or is Bitpetite a scam that’s just going to inevitably part you with your cash?

I’ve done the research & in this Bitpetite review, I’m going to share what I’ve found.

Bitpetite has supposedly been launched to enable you to transfer Bitcoin securely across the network but it’s clear to me that the company puts a real heavy focus on the alleged money-making opportunities that they provide.

These opportunities can see you earning money by investing in Bitpetite or by recruiting others into the opportunity & earning from their investments instead – you know, kinda like a Ponzi scheme.

At a glance that does seem to be exactly what Bitpetite is, a Ponzi scheme – and it wouldn’t be the first. Over the past few weeks alone I’ve seen several Ponzi schemes launch all of which seem to be jumping on the back of the cryptocurrency hype such as Bitty Cash, BitConnect & the Power Mining Pool.

The immediate red flag for me is the crazy-huge ROI promoted by Bitpetite, a whopping fixed daily ROI of 3.6% which in terms of legitimate investing is just something that’s almost unheard of.

Finding an opportunity that could provide such a high ROI legitimately would be almost like winning the lottery, which is what immediately leads me into thinking that Bitpetite may indeed not be legitimate.

Do you know the good old saying that if it seems too good to be true, it probably is? Well, I feel like that definitely applies here.

Apparently, any funds you invest into the company Bitpetite will use to “grow their company” & in return, they’ll share the profits they make with you – which according to them will equate to around 3.6% daily.

And yes I know it might not be the type of scam that you’re used to where you’re promised wealth & provided with nothing in return, but ultimately this scheme will eventually collapse and the majority of the people will be left without their money so essentially it is still a scam all the same in my opinion.

The problem with this one is that all the investments are made through cryptocurrencies which are very, very hard (and nearly impossible) to trace – so the chances of getting any money back are very slim.

Basically, Bitpetite is extremely risky – and whilst yes you could potentially make money through their “scheme” inevitably you will end up losing money when the scheme finally collapses.

There are many legitimate ways to make money online so participating in something like this would just be silly – but sadly they focus their marketing on the most desperate people who may not be thinking straight.

Aside from the fact that Bitpetite appears to be a total Ponzi scheme, there are still several other problems too – the first one being that Ponzi schemes typically don’t last very long & Bitpetites only offer investment terms of 6 weeks & 9 weeks.

This means that your money will be tied up for quite a long time in a scheme that could inevitably collapse at any moment in time – and considering that they boast about being online for just “151 days” so far as you can see investing in a minimum term of 6 weeks is an extremely risky move.

On top of that they provide a multi-level marketing style affiliate program through which you can earn money by bringing other people into the scheme, but whilst this sounds lucrative it could potentially see you finding yourself on the wrong side of the law (and getting a lot more than just a slap on the wrists).

These types of schemes are not legal, and if you are found to be promoting one then essentially you would be pretty much as liable as the actual owner of the company when it comes to collapse.

At the moment it’s getting promoted by a guy who was previously promoting something called The Advert Platform which was also a massive revenue share scam that works similar to this one.

So basically it is just all-round bad news – and not to mention the fact that you wouldn’t really want to get the blame for bringing friends & family into a scheme that could potentially see them losing money.

Yes, it appears to me that Bitpetite is a flat-out scam looking to take advantage of people who are new to cryptocurrency investing, desperate for cash or looking for an easy way to make money.

The website has been designed in a way that makes the company appear to be professional but in reality, it’s just a scam that’s been well dressed up by some creative designers – don’t fall for it.

Whilst you could potentially make some money through Bitpetite essentially the risk is far greater than the reward & it’s just not worth it – most people who get involved in these kinds of things end up losing their money… I’ve seen it time & time before.

It’s all just a ploy & what you have to remember is that ultimately these schemes are launched with one intention only – to make the creators rich at other peoples (aka your) expense.

My advice to you is to stay well away from these types of things – if you’re looking for a legitimate way to make money online then feel free to check out my Ultimate Guide To Making Money Online, that’ll show you all the various “real” ways that you can get started.