The Point and Click Profit system has just recently been launched by a lady named Amy Jensen, or at least so you’re told, and it promises to provide you with a way to easily earn lot’s of money online, even if you’re totally brand new. 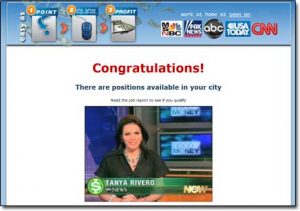 Amy claims that it’s super easy & that all you need is a computer & a couple of hours per day. She even claims that you can start earning right away & that you can earn as much as $195 per hour…

But is it actually legit or is Point and Click Profit a scam?

I know that’s what you’re probably wondering since it makes some extremely bold claims but don’t worry, you’ve landed in exactly the right place to find out. In this review, I’m going to be uncovering the truth about this system & showing you how it all really works.

At a glance, the Point and Click Profit system looks like the ideal work from home opportunity. Amy Jensen, the lady that’s allegedly founded it promises that if you sign up she’ll share a “secret” method with you that’s enabled her to begin earning a full-time income from home…

And not just any full-time income, oh no, Amy claims you’ll be able to earn as much as $195 per hour – which I think you’ll agree is pretty insane.

However sadly despite Amy stressing over & over again on her page that the method actually works, in reality, it doesn’t. The truth is that the whole Point and Click Profit system is actually a scam & Amy herself isn’t even a real person.

Simple, I’ve seen this exact same scam several times before launched under various different names, and the reason it keeps changing its name is to try & continue parting even more people with their cash.

But obviously I appreciate that you likely aren’t just going to take my word for that – after all, you might have been really excited about this potential new opportunity to earn lot’s of money from home… So instead I’ll show you exactly how it all really works so that you can see for yourself what’s actually going on. 🙂

Well, the first thing I want to reiterate just in case you happen to have jumped straight down to this part of the review is that it sure as heck doesn’t work as promised.

Basically, Amy Jensen, the lady who’s allegedly put the whole thing together is a fake. The name is just an alias to hide the true creator of the program & the image shown of Amy has been taken from a stock photo site.

In the other scams, you were told it was Cynthia Sprinter who had set it up – so the people who are behind it are blatantly just lying.

But anyway the whole site basically tells you that you’re going to be getting access to a job listing things on eBay, and it states that you’ll be able to earn a fixed rate of $5 for each listing that you process.

Here is a table taken from their site showing the amount of income you can allegedly generate:

According to that if you process 120 listings each day you would be earning $600 per day which is just totally outrageous.

However, I appreciate that if you’re new to making money online it might potentially sound legit. It might get you thinking that maybe there actually are companies that will pay you this much to list things on eBay…

Sadly though there aren’t – otherwise everybody would be doing it. I mean sure don’t get me wrong that are companies that will pay you to list things for them on eBay but they’d either pay you a fixed rate per hour or they’d pay you a very small amount per listing.

From what I’ve seen $0.10 is usually the going rate for this sort of work and it’s very hard to come by.

But It Actually Has Nothing To Do With eBay…

The craziest thing about this whole thing is that the Point and Click Profit system actually has nothing to do with eBay. Literally every single thing that you’re told on the sales page is a big fat lie.

Instead, when you hit the “Get Started” button you’re taken to a payment page and the address of the page (as shown below) reveals that you’re actually buying into the Easy 1 Up system which is another borderline scam that I’ve previously exposed.

So the whole thing is just total BS & it’s been put together purely to trick you into signing up to something completely different so that the creator can earn money at your expense.

You see Easy 1 Up, the program that you’re buying into via the Point and Click Profit system is all about recruiting people – that’s how the members of it make money. It’s basically a Ponzi scheme. 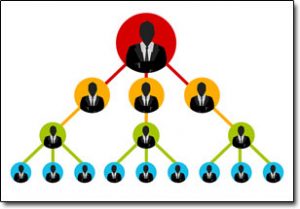 So, for example, you visit the Easy 1 Up website & you get promised a great opportunity to make money. Then when you sign up (which I don’t recommend) you find out the hard way that the way you make money is by getting other people to sign up and invest just like you did.

I mean sure they have products in place but it’s clear that there is no real focus on the products… They’re just there to try & keep the FTC off their backs so they don’t shut it down like they just did with MOBE.

And The News Clip Is Fake Too…

You might be wondering then why, if the whole thing is bogus, has it been featured on the news? And the simple truth is that it hasn’t… The creators of the Point and Click Profit website are just trying to trick you into believing it has. 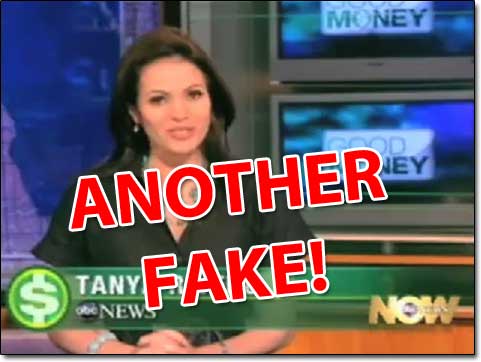 The reason for that is because it is indeed possible to earn money online from home, and that’s why the news reporters are talking about it because many people are now doing it (just like myself).

It’s a common trait associated with scams & they do it to try & gain your trust. They think that if they can make you believe that it’s been featured on the news that they’ll be able to get you to sign up.

Well, technically you could make money through the Easy 1 Up program, but it’s a lot harder than it’s made out to be & because of the way the Point and Click Profit system sells you into it I am going to say yes it’s a scam.

It’s clear to me that the whole site has been built purely to make its creator (who remains anonymous) wealthy at your expense. He or she, whoever is behind it, doesn’t really care about your success at all.

They are basically telling you a complete pack of lies just to try & trick you into signing up to something so that they can earn a commission at your expense… Therefore I am not going to be recommending it to you.

If you really want to learn how to make money online then I suggest you just check out a legitimate & proven program like Commission Academy instead which is free to join. It’s there that you’ll get the proper training & tools you need to make good money.

But anyway hopefully this review has given you a better insight into how this system all really works & hopefully you can see why you should avoid it. If you do still have any further questions then don’t hesitate to leave them below & I’ll get back to you ASAP.